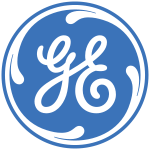 In 2017, GE ranked among the Fortune 500 as the thirteenth-largest firm in the U.S. by gross revenue,. In 2011, GE ranked as the 14th most profitable. As of 2012, the company was listed the fourth-largest in the world among the Forbes Global 2000, further metrics being taken into account. The Nobel Prize has twice been awarded to employees of General Electric: Irving Langmuir in 1932 and Ivar Giaever in 1973.

In 2016 GE moved its corporate headquarters from Fairfield, Connecticut (where it had been since 1974) to the South Boston Waterfront neighbourhood of Boston, Massachusetts.