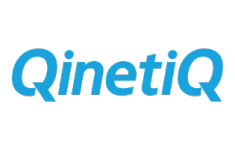 QinetiQ was formed in July 2001, when the Ministry of Defence (MOD) split its Defence Evaluation and Research Agency (DERA) in two. The smaller portion of DERA, was rebranded Dstl (Defence Science & Technology Laboratory).

The larger part of DERA, including most of the non-nuclear testing and evaluation establishments, was renamed QinetiQ and prepared for privatisation. QinetiQ became a public private partnership in 2002 with the purchase of a stake by US-based private equity company the Carlyle Group.

In 2003, QinetiQ signed a 25 year long term partnering agreement (LTPA) under which we provide UK MOD with innovative and realistic test and evaluation of military and civil platforms, systems, weapons and components on land, at sea and in the air. In February 2006, QinetiQ was successfully floated on the London Stock Exchange and the Carlyle Group sold its stake in the company.