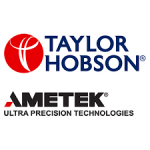 In 1886, the brothers Herbert William Taylor, an engineer, and Thomas Smithies Taylor, an optician, started a company to make lenses as T. S. and W. Taylor and the following year, 1887, W. S. H. Hobson joined and became the sales face of Taylor Hobson. The company then became Taylor, Taylor and Hobson and was initially based in Slate Street, but subsequently moved to Stoughton Street Works in Leicester.

In 1893, the company produced its first Cooke lens and, in 1902, a third brother, J. Ronald Taylor, opened a branch in New York, with the principal customer being the Eastman Kodak Company.

A report of 1914 describes the company as manufacturers of "Photographic Lenses and other Optical Goods, Engraving Machinery and other Fine Tools, Golf Ball Moulds", and "Time recording Clocks".

During WWI, the Aviar lenses, developed for aerial photography, contributed to the Allied Air Force. The company designed and manufactured machines for the accurate polishing of lenses, making it possible to produce large numbers of such lenses for binoculars. William Taylor devised new methods of lens manufacture for aerial photography and produced lenses for range finders, gun sights, rifle bores, and telescopes.

By 1939, Taylor Hobson supplied over 80% of the world's lenses for film studios.

1996, Schroder Ventures acquired Taylor Hobson from the Rank Organisation. In June 2004 Taylor Hobson was acquired by AMETEK Inc a US corporation based in Berwyn, Pennsylvania, and is now part of AMETEK's Ultra Precision Technologies Group.