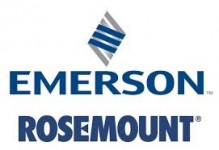 Frank D. Werner Sr. was born in Junction City, Kansas USA. He has a bachelor’s degree in physics from Kansas State University and worked a few years in a lab at Johns Hopkins University in Maryland before landing a job in 1947 at the University of Minnesota’s Rosemount Aeronautical Lab. He also enrolled as a graduate student at the U, earning a Ph.D. in aeronautical engineering.

Frank Werner was doing research at the U’s aeronautical lab when the U.S. Air Force asked him to make sensors for high-speed aircraft. So in 1956, Werner, Vernon Heath and Robert Keppel founded Rosemount Engineering in a converted chicken coop not far from the Rosemount lab.

The total temperature sensors they produced enabled precise readings to be made on the speed of the prototype jets for the first time. The start-up company sold $30,000 worth of the sensors in their first year. The next year they had a full-time operation with 20 employees and sales of $196,000. In the early days of the space programme, Rosemount's sensors were soon in demand for deep space exploration applications.

High performance aircraft and the space program continued to be the forces propelling the company forward in the 1960s. Rosemount celebrated the end of its first decade with sales of $8.5 million and a 19 percent increase in profits. By 1965, they had developed a British subsidiary, Rosemount Engineering Company Limited, which served the aircraft manufacturing market in England. Applications for temperature and pressure sensors were being expanded and associated equipment, such as airplane stall warning and ice detection systems, were added to the product line.

The basic research which Rosemount used to develop space and defence technology was applied to products for commercial aviation, synthetic fibre, petrochemical, and nuclear and conventional power production needs. The company opened five new sales offices in Europe and three in the United States. New marketing efforts commenced in South America and Canada. Rosemount Engineering Company changed its name to Rosemount Inc. and the company was purchased by Emerson Electric Co. in 1976. Rosemount was integrated with another Emerson acquisition, Fisher Controls International, in 1992. The combined operations of Fisher and Rosemount represent the largest supplier of process control equipment in the world.

Rosemount's long-time relationship with the aerospace industry ended in 1993. Emerson sold the Rosemount Aerospace unit to B. F. Goodrich Company for $300 million in cash. The UK operations are as Emerson Automation Solutions UK & Ireland.