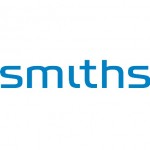 In 1851, Samuel Smith opened his first jewellery shop in south London, which would be the start of what is today the Smiths Group. By 1884, the company was manufacturing precision watches which developed into other instruments such as speedometers for cars which were being offered in 1904. S. Smith & Sons (Motor Accessories) Ltd. was floated on the London Stock Exchange in 1914. Smiths expanded into aviation instruments by purchasing a small local company that specialises in altimeters. During the war, Smiths supplied upwards of 8 million fuzes and large quantities of lighting sets, signalling lamps, generators, and aircraft instruments. In the years between the wars Smiths business in Speedometers and Electric Clocks grew substantially but in 1935 the company worked with Hughes on an early sonar. With the outbreak of WWII an aircraft instrument factory was established at Cricklewood. Smiths successfully demonstrated the Autoland on the Trident in 1962 and further moved into electronic aircraft displays such as Head Up and Head Down Displays.

In 2000, Smiths consolidated a £4.3bn merger with TI Group – a transaction that brought greater scale in aerospace, plus new business lines. Smiths Industries becomes Smiths Group plc. In 2007, the aerospace division was sold to GE for £2.6bn, some 90 years after Smiths started making aircraft instruments.