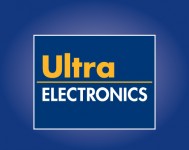 The Company was started by Teddy Rosen in 1920 as Edward E. Rosen & Co. manufacturing high quality headphones. In 1923 the company moved to new premises at Harrow Road, London and in 1925 a new company Ultra Electric Ltd. was formed.

Ultra introduced its first mains powered wireless set in 1931 and continued with a wide range of domestic radio receivers including the Blue Fox, Lynx, Panther and Tiger models. In 1939 Ultra presented a television receiver to the market for the BBC High Definition Television Service which was transmitted on 405 lines from the studios at Alexandra Palace, north London.

During World War II the company diversified into building tails and bomb doors for the Short Stirling aircraft.

Ultra opened a new factory at Gosport for the production of televisions and radios in 1956 and acquired Pilot Radio & Television in 1959, before splitting into two divisions, one dealing with domestic radio and television and the other with electronic products which later, in 1961, became Ultra Electronics Ltd. - producing among other products the "Jezebel" and "Mini-Jezebel" sonobuoys - which was bought by the Dowty Group in 1977.

The above is condensed from this Wikipedia article.