A-7 TRAM VCU covers off

The Target Recognition and Attack Multisensor (TRAM) system was fitted to the A-7 Corsair to give a night vision display for target recognition at long range. 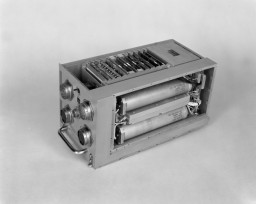