Picture showing all the units in the E3 System. This is a picture assembled from various prints probably as a composite picture for use by Marketing. It will be replaced by a better picture in due course. 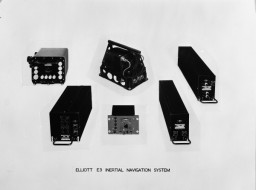