The F-8 is a single-seat twin-engined air superiority fighter, with secondary capability for ground attack. The effort to develop an all-weather interceptor began in full in 1964 and this was to result in the first Chinese fighter jet to be designed and built indigenously. The prototype took its maiden flight in 1969. Despite the early beginnings, due to political turmoils such as the Cultural Revolution, it was not produced until 1979 and entered service in 1980. Its basic configuration resembles an enlargement of the delta-wing MiG-21 'Fishbed' with two Liyang (LMC) Wopen-7A turbojet engines and a maximum speed of Mach 2.2. The Peace Pearl programme to upgrade J-8 II with Western avionics was embargoed by US government mid-1989 and finally cancelled by China in 1990. A domestic (F-8 IIM) upgrade programme is now in progress. 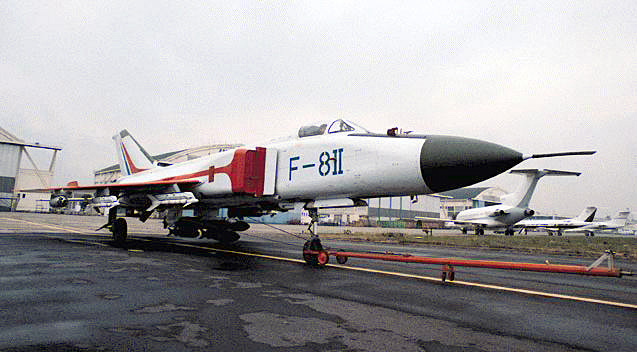