The Mirage III is a supersonic fighter aircraft designed in France by Dassault Aviation during the late 1950s, and manufactured both in France and a number of other countries. It was a successful fighter aircraft , being sold to many air forces around the world and remaining in production for over a decade. Some of the world's smaller air forces still fly Mirage IIIs or variants as front-line equipment today. The prototype Mirage III flew on 17 November 1956, and attained a speed of Mach 1.52 on its seventh flight. The first Mirage IIIA flew in May 1958, and eventually was clocked at Mach 2.2, making it the first European aircraft to exceed Mach 2 in level flight. Eventually 1,422 aircraft were built of numerous variants. The largest export customers for Mirage IIICs built in France were Israel and South Africa. Other operators were Argentina, Brazil, Israel, Lebanon, Pakistan, Spain and Venezuela. In addition the Mirage III was built under licence in Australia, Belgium and Switzerland. After the outstanding Israeli success with the Mirage IIIC, scoring kills against Syrian MiG-17s and MiG-21s aircraft and then achieving a formidable victory against Egypt, Jordan, and Syria in the Six-Day War of June 1967, the Mirage III's reputation was greatly enhanced. The "combat-proven" image and low cost made it a popular export success. 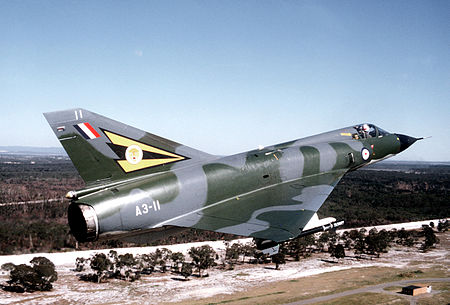