The A330's origin dates to the mid-1970s as one of several conceived derivatives of Airbus's first airliner, the A300. The A330 was developed in parallel with the four-engine A340, which shared many common airframe components but differed in number of engines. Both airliners incorporated fly-by-wire flight control technology, first introduced on an Airbus aircraft with the A320, as well as the A320's six-display glass cockpit. In June 1987, after receiving orders from various customers, Airbus launched the A330 and A340. The A330 was Airbus's first airliner that offered a choice of three engines: General Electric CF6, Pratt & Whitney PW4000, and Rolls-Royce Trent 700.

The A330-300, the first variant, took its maiden flight in November 1992 and entered passenger service with Air Inter in January 1994. Responding to dwindling sales, Airbus followed up with the slightly shorter A330-200 variant in 1998. Subsequently developed A330 variants include a dedicated freighter, the A330-200F, and a military tanker, the A330 MRTT. The A330 MRTT formed the basis of the proposed KC-45, entered into the US Air Force's KC-X competition in conjunction with Northrop Grumman, where after an initial win, on appeal lost to Boeing's tanker. 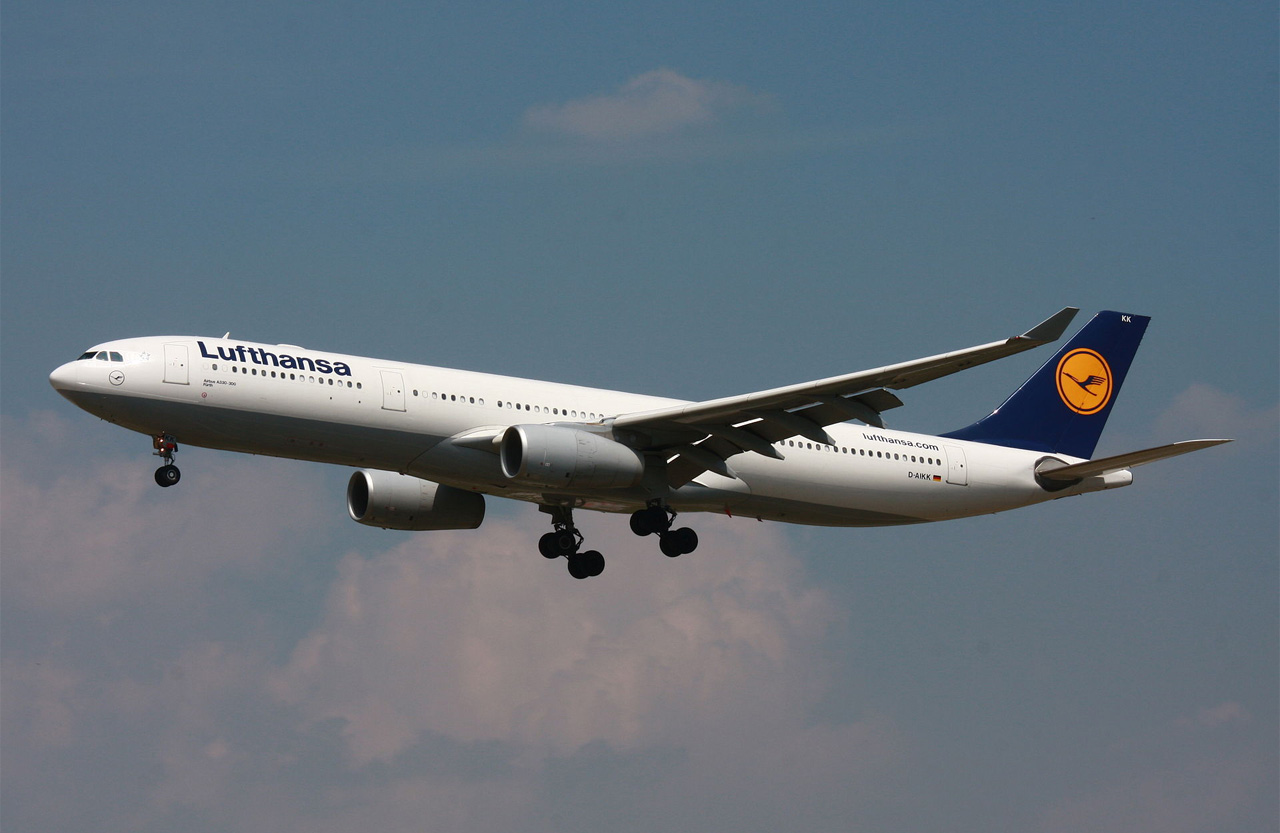