The Airbus A340 is a long-range four-engine wide-body commercial passenger jet airliner developed and produced by Airbus at Toulouse, France. It seats up to 375 passengers in the standard variants and 440 in the stretched -600 series. Depending on the model, it has a range of between 6,700 to 9,000 nautical miles (12,400 to 16,700 km). It is similar in design to the twin-engined A330 with which it was concurrently designed. Its distinguishing features are four high-bypass turbofan engines and three-bogie main landing gear.

Launch customers Lufthansa and Air France placed the A340 into service in March 1993. As of September 2011, 379 orders had been placed (not including private operators), of which 375 were delivered. The most common type were the A340-300 model, with 218 aircraft delivered. Lufthansa is the biggest operator of the A340, having acquired 59 aircraft. The A340 is used on long-haul, trans-oceanic routes due to its immunity from ETOPS.  Airbus announced on 10 November 2011 that A340 production had been concluded. 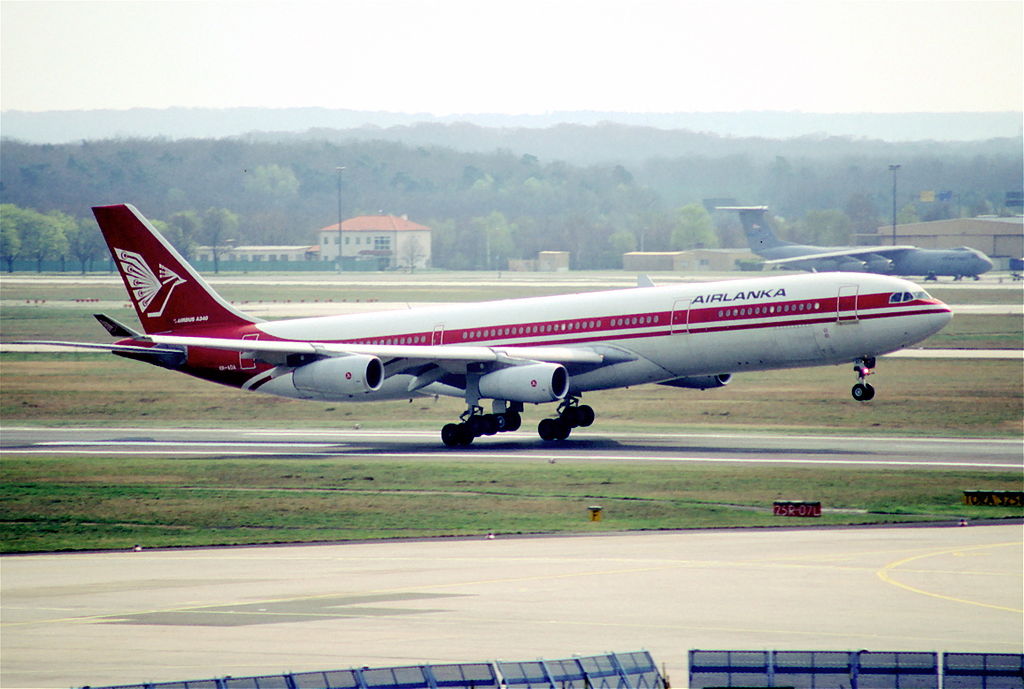