The SA 330 Puma was originally developed by Sud Aviation to meet a requirement of the French Army for a medium-sized all-weather helicopter capable of carrying up to 20 soldiers as well as various cargo-carrying duties. The choice was made to develop a completely new design for the helicopter, work began in 1963 with backing from the French government. The first of two Puma prototypes flew on 15 April 1965; six further pre-production models were also built, the last of which flew on 30 July 1968. The first production SA 330 Puma flew in September 1968, with deliveries to the French Army starting in early 1969.

In 1967, the Puma was selected by the Royal Air Force (RAF), they having been impressed by the Puma's performance. It was given the designation Puma HC Mk 1. A significant joint manufacturing agreement was between Aerospatiale and Westland Helicopters of the UK; the close collaboration between the French and British firms would also result in subsequent purchases of Aérospatiale Gazelle by the United Kingdom and the Westland Lynx by France. Under this agreement, Westland manufactured a range of components for the Puma; additionally it also performed the assembly of Pumas ordered by the RAF.

The photograph is by courtesy of the UK MoD (under the Open Government License). 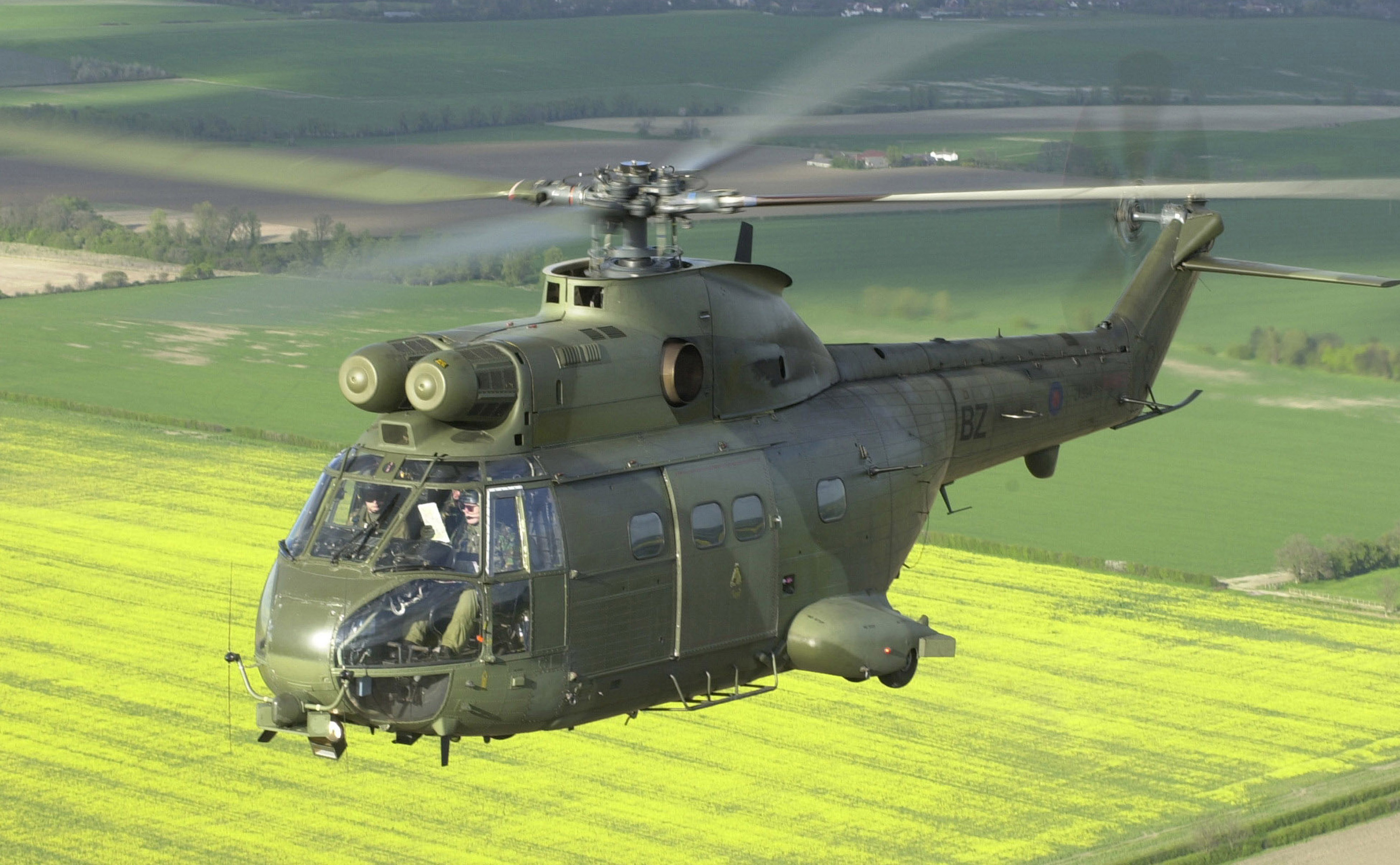