The Boeing 757 is a mid-size, narrow-body twinjet airliner manufactured by Boeing Commercial Airplanes. Passenger versions of the 757 can carry between 186 and 279 passengers, and have a maximum range of 3,100 to 3,900 nautical miles (5,900 to 7,200 km) depending on variant and seating configuration.The Boeing 757 has been produced in two fuselage lengths: the original 757-200 entered service in 1983, and the stretched 757-300 entered service in 1999. Freighter versions of the 757-200, the 757-200PF and 757-200SF, have also been produced. Launched with orders from Eastern Air Lines and British Airways in 1978, the Boeing 757 was intended to replace the previous narrow-body 727 trijet on short and medium routes. The 757 was conceived and designed in tandem with the 767, a wide-body twinjet with which it shares design features and two-crew flight decks. The operating similarities between the two aircraft allow pilots to obtain a common type rating to operate both jets, after the completion of a transition course. After its introduction, the 757 became commonly used by operators in both the United States and Europe, and particularly with mainline U.S. carriers and European charter airlines. The 757 has also been acquired for use as government, military, and VIP transport. Production of the 757 ended on October 28, 2004 after 1,050 had been built. The final aircraft was delivered to Shanghai Airlines on November 28, 2005. A total of 945 Boeing 757 aircraft were in airline service in July 2010. Delta Air Lines operates the largest 757 fleet as of 2010. 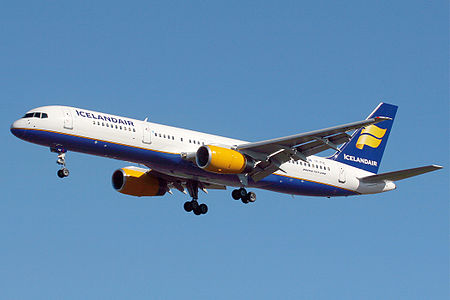