The Boeing 787 Dreamliner is a long-range, mid-size wide-body, twin-engine jet airliner developed by Boeing Commercial Airplanes. Its variants seat 242 to 335 passengers in typical 3-class seating configurations. It is Boeing's most fuel-efficient airliner and is a pioneering airliner with the use of composite materials as the primary material in the construction of its airframe. The 787 was designed to be 20% more fuel efficient than the 767 it is replacing. The 787 Dreamliner's distinguishing features include mostly electrical flight systems, a four-panel windshield, and noise-reducing chevrons on its engine nacelles. It shares a common type rating with the larger Boeing 777 to allow qualified pilots to operate both models. 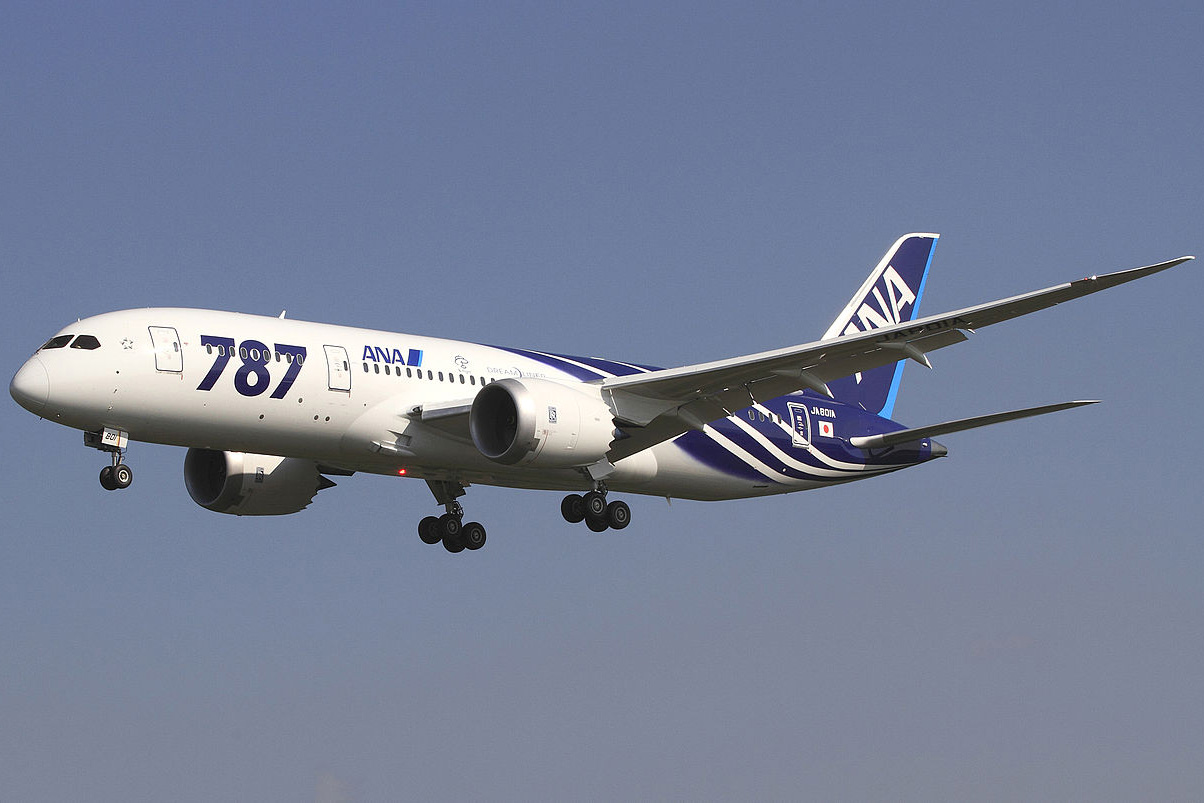