The Bristol Type 175 Britannia was a British medium-to-long-range airliner built by the Bristol Aeroplane Company in 1952 to fly across the British Empire. During development two prototypes were lost and the turboprop engines proved susceptible to inlet icing, which delayed entry into service while solutions were sought.

By the time development was completed, "pure" jet airliners from France, United Kingdom, and the United States were about to enter service, and consequently, only 85 Britannias were built before production ended in 1960. Nevertheless, the Britannia is considered one of the landmarks in turboprop-powered airliner design and was popular with passengers. It became known as "The Whispering Giant" for its quiet exterior noise and smooth flying, although the passenger interior remained less tranquil.

Canadair purchased a licence to build the Britannia in Canada, adding another 72 variants. These were the stretched Canadair CL-44/Canadair CC-106 Yukon, and the greatly modified Canadair CP-107 Argus maritime patrol aircraft. 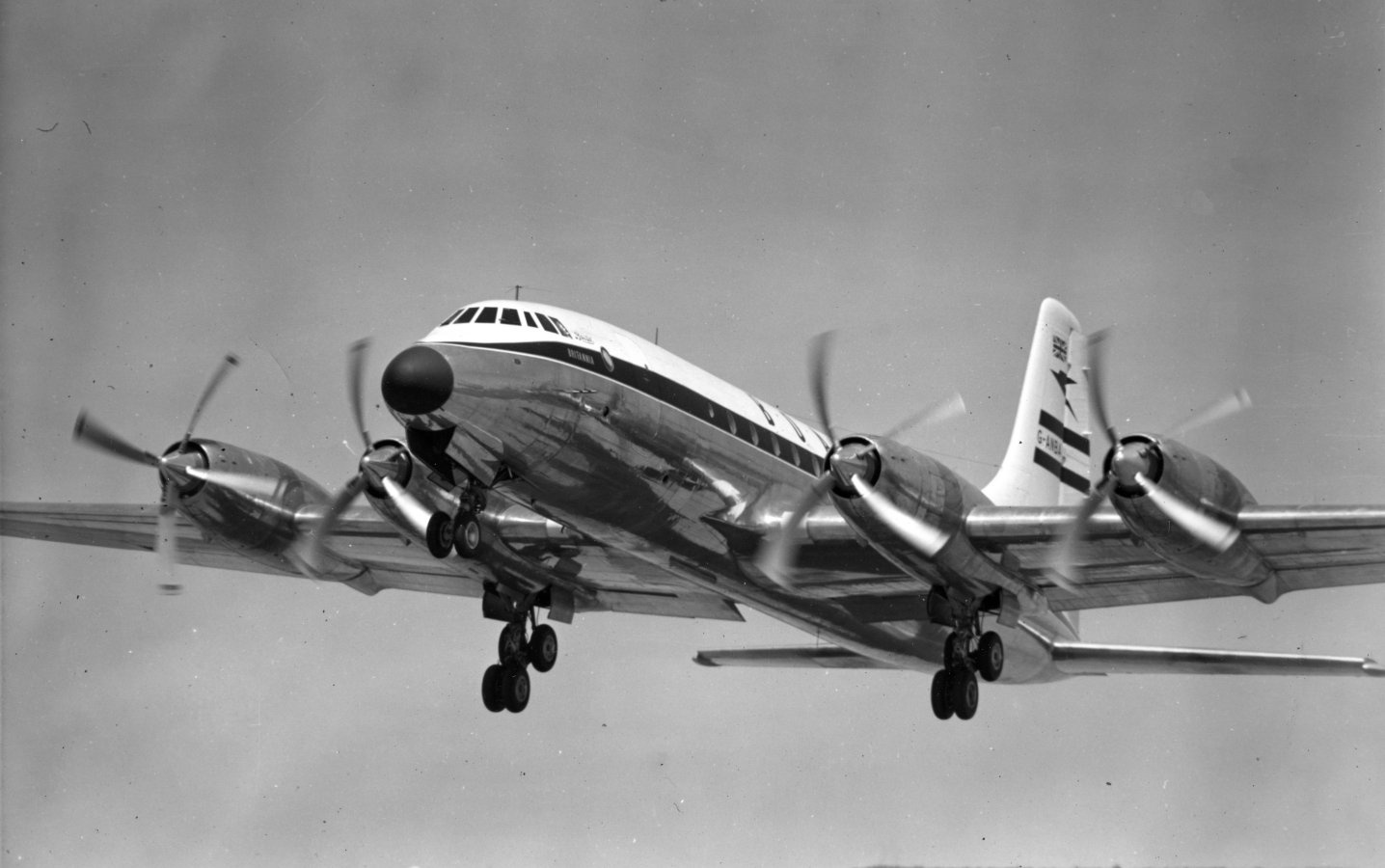