The General Dynamics F-111 is an American medium-range strategic bomber, reconnaissance, and tactical strike aircraft designed in the 1960s. The United States Air Force (USAF) variants were officially retired by 1998. The only remaining operator of the F-111 is the Royal Australian Air Force (RAAF). The F-111 pioneered several technologies for production military aircraft, including variable geometry wings, afterburning turbofan engines, and terrain following radar for low-level, high-speed flight. Its design was highly influential, particularly for Soviet engineers, and some of its advanced features have since become commonplace. In its inception, however, the F-111 suffered a variety of development problems, and several of its intended roles, such as naval interception, failed to materialize. In USAF service the F-111 has been effectively replaced by the F-15E Strike Eagle for medium-range precision strike missions, while the supersonic bomber role has been assumed by the B-1B Lancer. In 2007, Australia decided to replace its F-111s in 2010 with 24 F/A-18F Super Hornets. 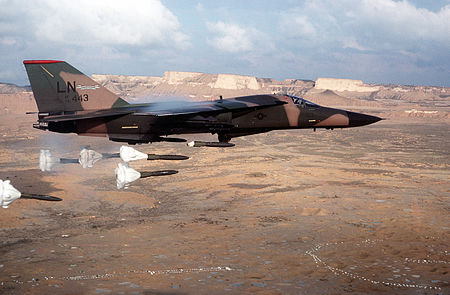