The Northrop F-20 Tigershark (initially F-5G) was a privately financed fighter aircraft, designed and built by Northrop (now Northrop Grumman) in the USA, starting in 1975 and offered for sale starting in the 1980s and formally ending in the early 1990s. It began as a further evolution of Northrop's F-5 Freedom Fighter/Tiger II, although ultimately it shared little more than a strong family resemblance to that aircraft. 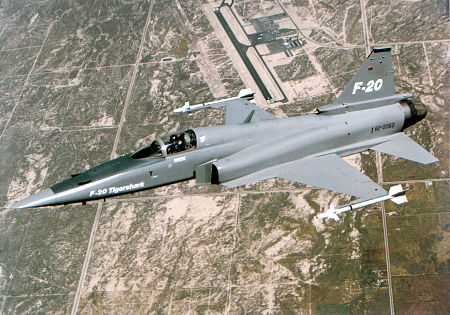