Falconet is the British Army name for the Advanced Subsonic Aerial Target known as ASAT. Falconet is a fast jet powered target used as the primary trainer for the British Army's Rapier SAMs. The Falconet was designed and built by Flight Refuelling. It can be programmed for a variety of attack profiles including low-level and sea-skimming. It entered service in 1986 replacing in many roles some of the existing towed targets. With a maximum speed in excess of 400kt and the ability to manoeuvre like a ground attack aircraft, ASAT presents a more realistic target. ASAT takes off under its own turbojet power from a unique circular runway and is recovered by parachute, landing on its crushable nosecone to fly another day. The naval version has "zero-length" rocket assisted launch (pictured) from a deck-mounted rail. The Flight Control Computer was designed and built by Marconi Avionics and autostabilises the aircraft at all time. This unit interfaces with the command link receiver, aileron and elevator actuators, engine r.p.m. control, and parachute release solenoid.

Information obtained from Flight International Archives. Unfortunately this useful archive seems to have been withdrawn.

The picture is from this page in the Gary's Place website which also provides more information. 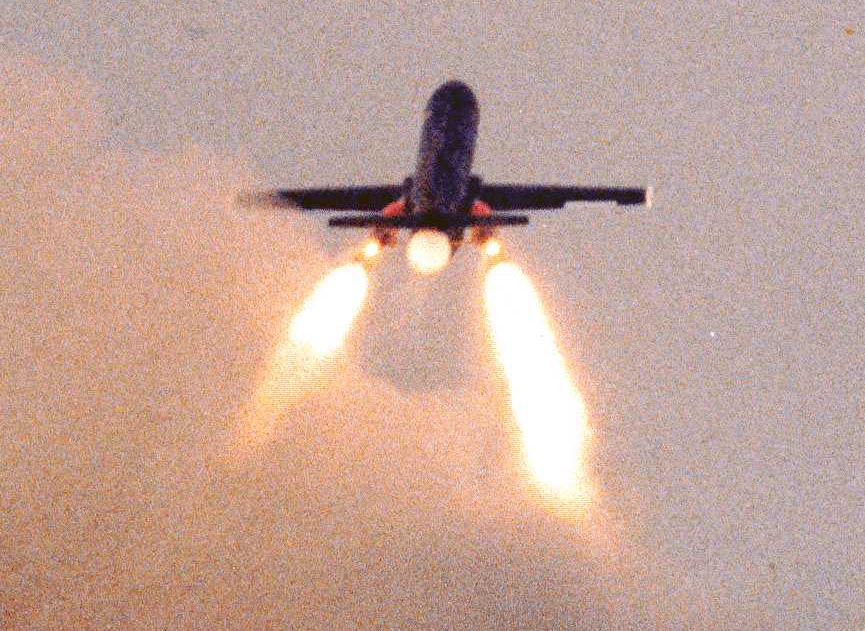