The Bombardier Challenger is a large, long-range twin-turbofan busi-ness jet. Four models have been pro-duced—the 600, 601, 604, and the 605, which entered service in early 2007. The 650 will enter service in 2015. The first Challenger flew in November 1978. Over 1,000 have been built. Military versions of the Challenger are in service with several air forces. A stretched regional jet version of the CL-601 is known as the Canadair RJ. In addition to the Challenger, Bombardier offers another widebody bizjet, the Global Express. This has the cabin length of the RJ, with all-new wings. It was FAA certified in November 1998. A shortened version is known as the Global 5000. The baseline Global Express is also known as the 6000. The 7000 and 8000 are larger derivatives which entered service in 2018 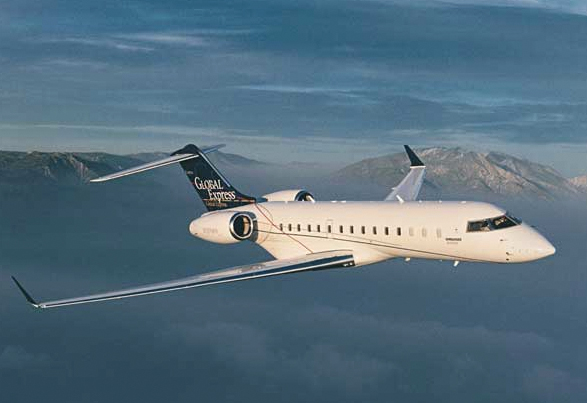