The Avro 748 is a twin turboprop airliner powered by two Rolls-Royce Dart engines that was sold successfully world-wide, both for airline and military transport service.

The 748 continued in production until 1988 and is still in limited service today, more than fifty years after its first flight.

Never glamorous, the 748 was remarkably successful and has been an effective DC-3 replacement in many inhospitable parts of the world. A total of 381 were built which included 89 aircraft manufactured by HAL with the first Indian-built aircraft flew on 1st November 1961.

The type was designed from the outset for operation from short, unimproved airstrips and was aided by the fitment of large Fowler flaps and reverse thrust propellers with and effective braking system. The use of the Rolls-Royce Dart engine ensured excellent reliability.

In 1983, British Aerospace was advertising that the type was 'In-service with seventy-nine operators in fifty countries around the world' with more than 300 aircraft having been exported. 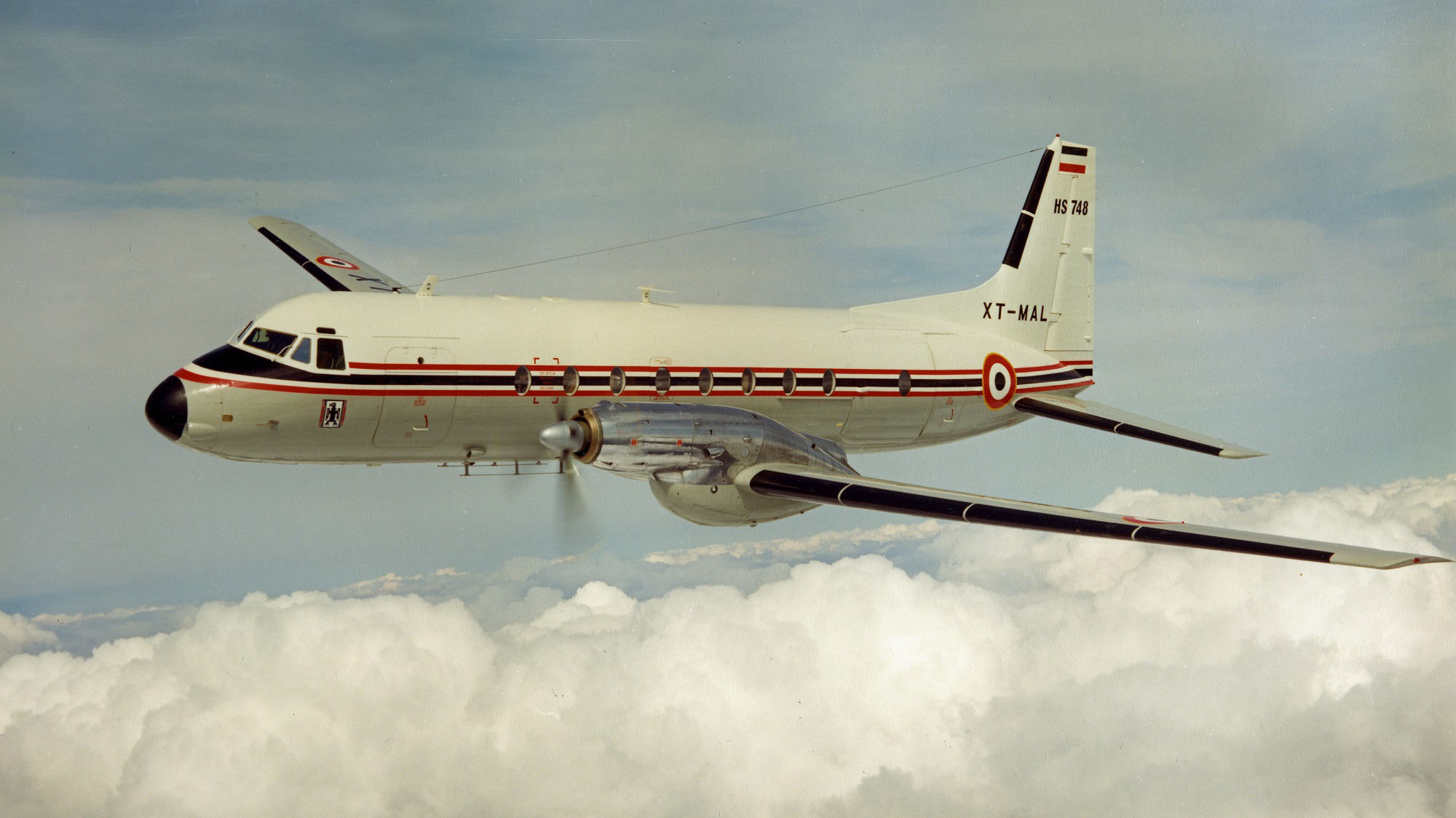