Developed during the late 1940’s and early 1950’s, the Hawker Hunter is a transonic British jet aircraft and is a story of numerous trials and developments, many abandoned before reaching anywhere near the production stage.

In March 1948, the Air Ministry issued a revised Specification F.3/48 which called for a speed of 629 mph at 45,000 ft and a high rate of climb whilst carrying substantial armaments.  Hawker responded with the P.1067, which first flew from RAF Boscombe Down on 20th July 1951 which proved an immediate success with the Air Ministry ordering the Hunter (as it was now known) into production during March 1950.

The single-seat Hunter entered service as a manoeuvrable fighter aircraft and later operated in fighter-bomber and reconnaissance roles during numerous conflicts. The two-seat variants remained in use for training and in secondary roles with the Royal Air Force (RAF) and Royal Navy (RN) until the early 1990’s.

Hunter was widely exported, serving with 21 other nations air forces and sixty years after its original introduction it was still in active service, being operated by the Lebanese Air Force until 2014.

During public displays, Hunters were also used by the RAF Display Teams ‘The Blue Diamonds’ (who flew 16 aircraft) and ‘The Black Arrows’ (who on one occasion looped a record-breaking 22 examples in formation).

In British service, the aircraft was replaced by the English Electric Lightning, the Hawker Siddeley Harrier and the McDonnell Douglas F-4 Phantom II.

The above text is provided by this BAE Systems Heritage webpage and more can be gleaned from this Wikipedia article. 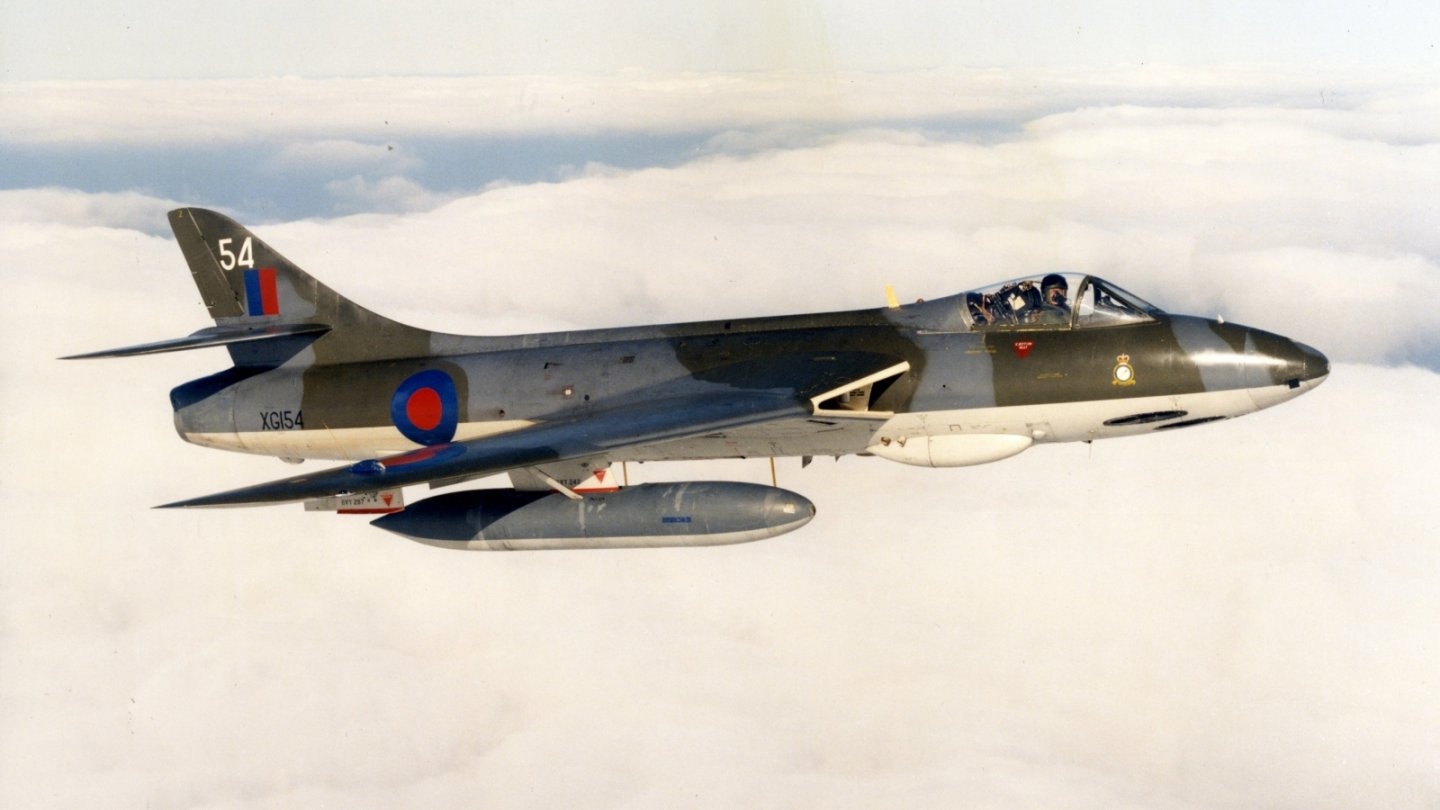