Hunter WV383 came off the Kingston production line in 1955 as a single seat F4 and was damaged in service in a wheels-up landing. Following repair, it was returned to Hawkers and converted to the two-seat T7. Returned to the RAF it served with 79 and 4 Squadrons in Germany and later with FEAF with 28 & 20 Squadrons, before returning to the UK for storage. On 21 July 1971 it was delivered to RAE Farnborough; and in 1973 sent to Cranfield to be fitted with twin HUDs and a TV camera. The first TV sortie from Farnborough was in November 1974. The fitting of early generation LLTV was followed by a nose mounted FLIR and the Hunter now called 'HECATE - Lady of the Night'.

The experimental PENETRATE pod programme continued into the 1990s and this covert systems demonstrator enhanced the aircrafts capability for high-speed, low-level penetration at night in adverse weather conditions, with a terrain database - which allows visual cueing to the pilot of ground terrain and fixed obstacles displayed through the HUD FLIR picture. The PENETRATE pod is currently fitted on the starboard wing and an earlier pod on the port wing. By December it had accrued a total flying time of 3,670.30 hours and was retired and donated to FAST by QinetiQ, arriving at FAST Museum in June 2002. 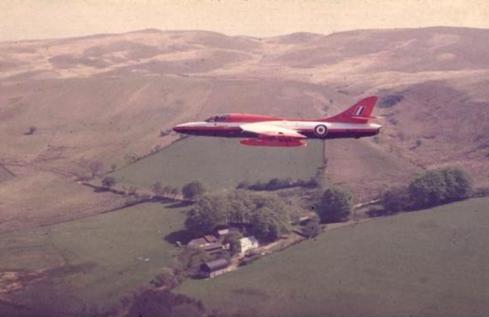