Marconi Avionics Ltd achieved the first flight of an air vehicle of its own, MACHAN (pronounced Ma’shann), on 27 November 1980, taking off from a radio -controlled trolley. The first flight from the pneumatic launcher was made on 7 April 1981.

The unusual shape of MACHAN derived from its role as an unmanned aircraft, to carry specialised miniature, electronics payloads, including surveillance equipment. It typified a new kind of air vehicle, capable of operating under remote control, over battlefields or other areas of interest. With a 12 foot wingspan and an 18 hp two-stroke engine it could carry 33lbs (15 kg) of payload for two hours, landing at a chosen spot, on fibreglass skids.

The MACHAN programme,  was sponsored by the UK Ministry of Defence (Procurement Executive) and Marconi Avionics, included development and proving of the air research vehicle, the ground control station and the all- important electronics payloads. As well as managing the overall programme the Company  developed these payloads and produced the aircraft’s advanced attitude and motion sensing system, the datalink and microprocessor-based ground control equipment.The latter was contained in a ground station provided by the Royal Aircraft Establishment at Farnborough.

The Cranfield Institute of Technology is a major subcontractor to Marconi Avionics for the airframe, powerplant and advanced digital flight control system.

MACHAN, a name which derives from the old Hindi word for a treetop surveillance platform, represented one of several involvements by Marconi Avionics in unmanned aircraft, leading to the Phoenix UAV. This led to the development of lightweight surveillance payloads, including television systems, and associated control and datalink equipment.

MACHAN was an important vehicle for the development and evaluation of new payloads and for exploring the necessary operational procedures to be used with future unmanned aircraft.

Both organisations are closely involved with the RAE in the flight test programme. 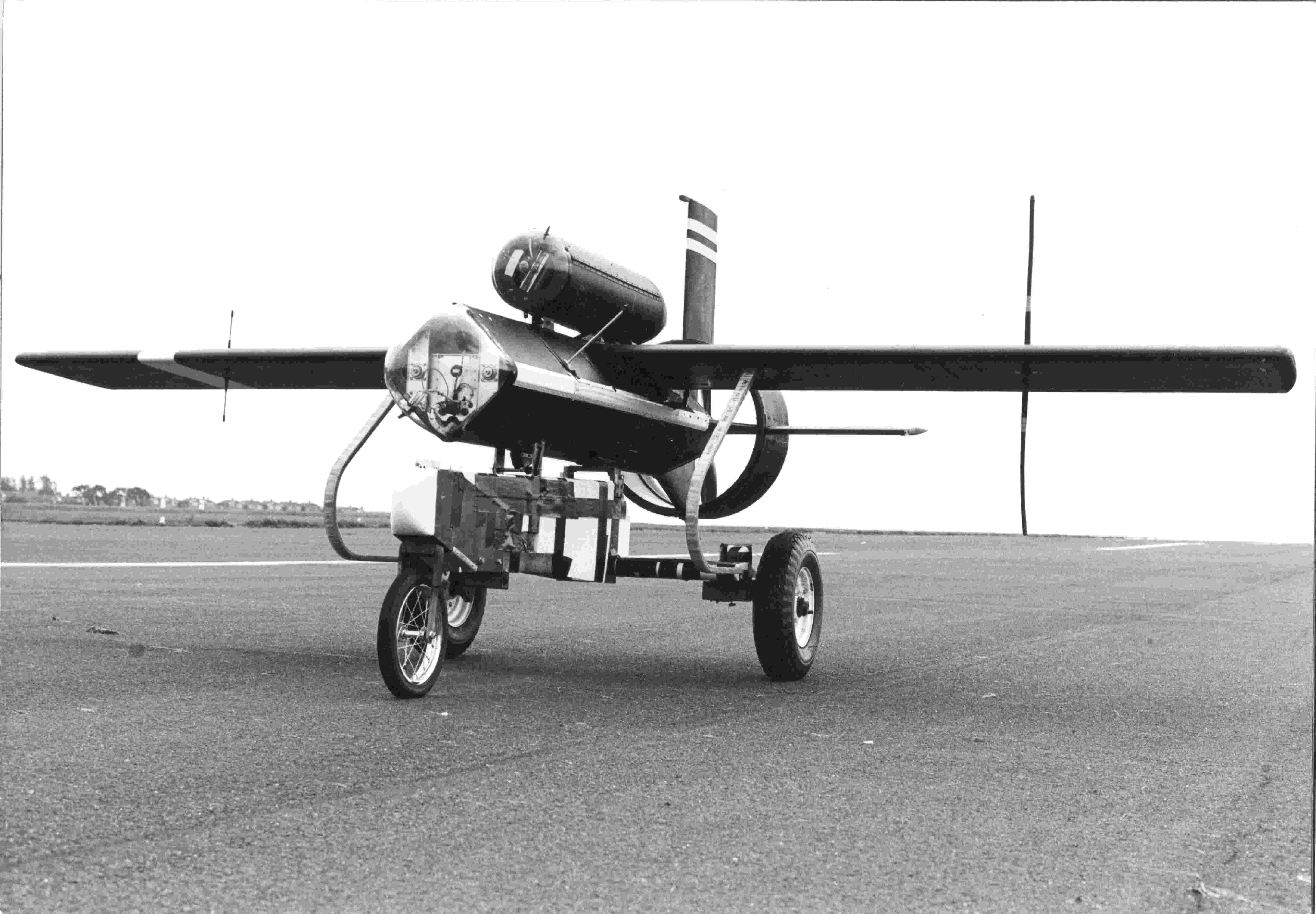