The Mil Mi-24 (NATO name Hind) is a large helicopter gunship, attack helicopter and low-capacity troop transport with room for eight passengers. It is produced by Mil Moscow Helicopter Plant and has been operated since 1972 by the Soviet Air Force and its successors, along with more than 30 other nations.The Mi-24 went from drawing board in 1968 to first test-flights in less than eighteen months. The first models were delivered to the armed forces for evaluation in 1971

In 2003 BAE acquired an ex-Polish Air Force Mi-24 HIND, which it modified as a non-flying demonstrator of new technology to target markets in the Czech Republic, Hungary, Poland, Slovakia and Bulgaria. A simulator/demonstration rig was also built.

A Company electro-optical (EO) turret was fitted on the starboard side at the nose and the upgrade also gave 24h, all-weather capability, enhanced situation awareness, and an improved work split between the gunner in the front and the pilot in the rear cockpit.The pilot was provided with a Head Up Display (HUD) and a Helmet- Mounted Display was an option.
Despite investing some £3million in the project it is not clear that any business was acquired and the HIND
was transferred, on loan, to the Midland Air Museum at Coventry 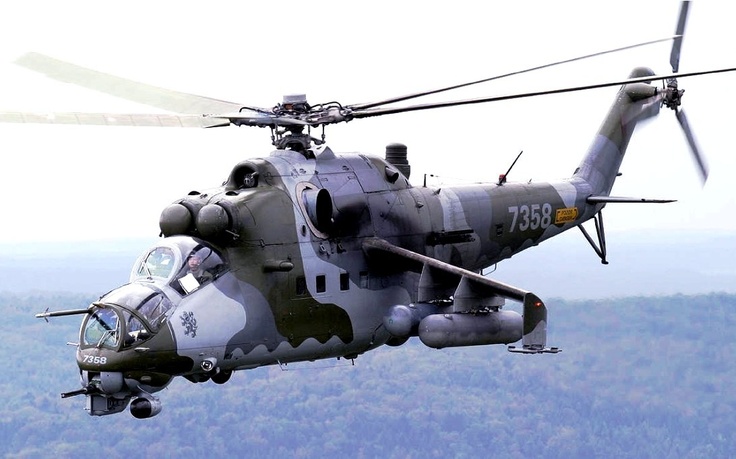