Rapier is a British surface-to-air missile developed for the British Army and Royal Air Force. Entering service in 1971, it eventually replaced all other anti-aircraft weapons in Army service; guns for low-altitude targets, and the English Electric Thunderbird, used against longer-range and higher-altitude targets. As the expected air threat moved from medium-altitude strategic missions to low-altitude strikes, the fast reaction time and high maneuverability of the Rapier made it more formidable than either of these weapons, replacing most of them by 1977. It remains the UK's primary air-defense weapon after almost 35 years of service, and is expected to serve until 2020.

This information is from Wikipedia, the free encyclopedia. Click here to read the full article. The picture is from this Wikipedia image.

I, the copyright holder of this work, hereby release it into the public domain. This applies worldwide. In case this is not legally possible: I grant anyone the right to use this work for any purpose, without any conditions, unless such conditions are required by law. 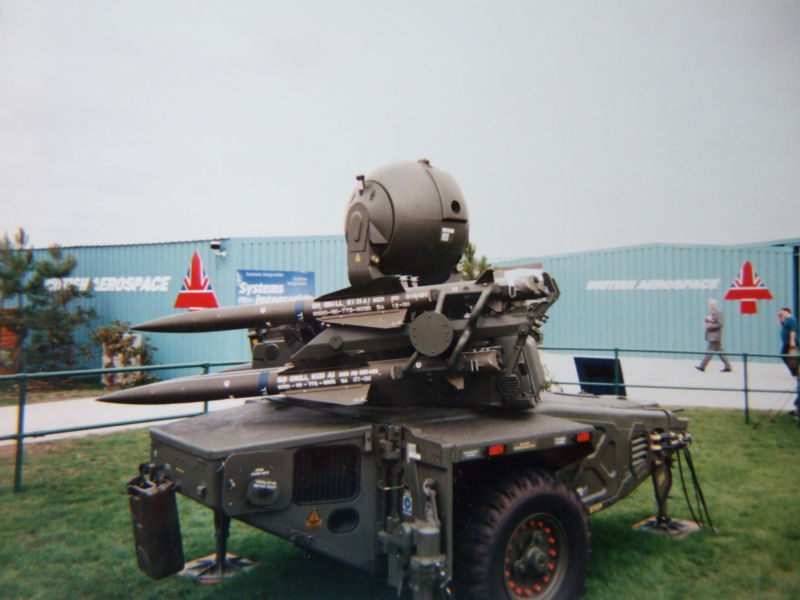