Announced in 1984, the Lynx-3 was an enhanced development, featuring a stretched fuselage, a redesigned tailboom, Gem 60-3/1 engines, a wheeled tricycle undercarriage, BERP rotor blades, and increased fuel capacity. Both Army and Naval variants were proposed; however, the project was ultimately ended in 1987 due to insufficient orders being placed. Only one Army Lynx-3 prototype was built. A development of the Lynx AH.7 with the wheeled undercarriage of the Lynx-3 was marketed by Westland as the Battlefield Lynx in the late 1980s. The prototype first flew in November 1989; deliveries began in 1991, in British Army service this variant is designated as the Lynx AH.9.

In the early 1990s, Westland incorporated some of the technology from the Naval Lynx-3 design into a less-radical Super Lynx. This featured BERP rotor blades, the Westland 30-derived tail rotor, Gem 42 engines, a new under-nose 360-degree radar installation and an optional nose-mounted electro-optical sensor turret. Royal Navy Lynx HAS.3s upgraded to Super Lynx standard were known in service as the Lynx HMA.8, and several export customers ordered new-build or upgraded Super Lynxes. From the 1990s onwards, Westland began offering the Super Lynx 200, which was equipped with LHTEC CTS800 engines, and the Super Lynx 300, which also had a new cockpit and avionics derived from the AgustaWestland EH101. 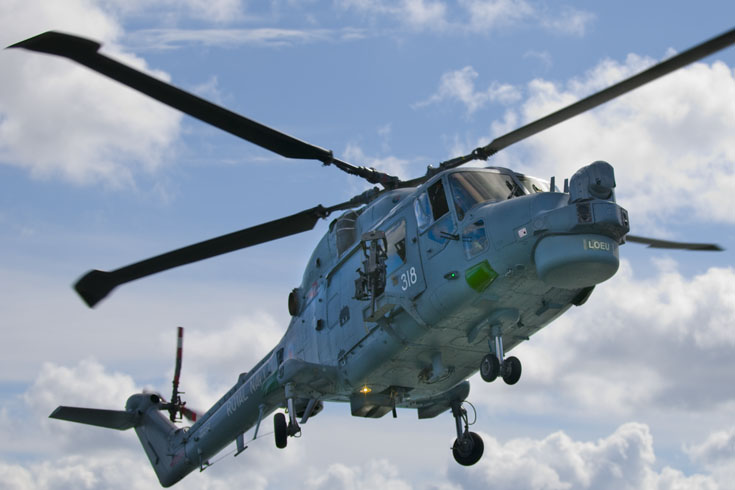