Typhoon’s quadruplex-redundant digital flight control system is a development of that in the active control technology (ACT) Jaguar FBW test bed, the first digital fly-by-wire aircraft to fly without mechanical backup controls. More recently the FCC is very similar to that flight proven on the EAP. The system has to withstand two critical failures. Typhoon has four identical flight control computers with no fewer than 13 control surfaces. These computers house the flight resident software which stabilises the aircraft artificially then enables the pilot to fly it. In addition, they house software for failure management, reversion logic, and built-in test.

A four-nation team led by GMAv provided key elements of the digital Flight Control System fitted to the two prototype EF2000 aircraft and this led to a contract for the production aircraft.

The Flight Control System (FCS) provides the aircraft with a full-time fly-by-wire system controlling the aircraft via its eleven primary and secondary flying controls surfaces. Unlike conventional aircraft such as Tornado, EF2000 has no mechanical back-up system and is, therefore, totally dependent on this digital system. The Company is responsible for supplying the Flight Control Computers (FCCs), the Stick Sensor and Interface Control Assembly (SSICA) and the air data probes.

As the safety of the aircraft is dependent on the FCS, each aircraft is fitted with four FCCs. Should a failure occur in one computer, this can be isolated by either the failed computer itself or by the remaining good computers and the aircraft will continue to fly normally.

As a centre-mounted control stick acting as the primary interface between the pilot and the flight control system, the SSICA electrically signals pilot inputs (pitch and roll demands) to the computers. The unit also acts as an interface between various switches and warning lights in the cockpits and the FCCs.

Prior to the first flight, extensive testing of the system was undertaken at GMAv’s Rochester facility with full FCS testing being performed at DASA's Munich facility. 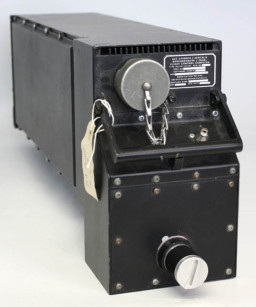