The high wing, four engine general purpose aircraft was built to meet Operational Requirement (OR) 323 issued in 1955 for a medium-range lift aircraft capable of carrying 25,000 lb with a range of 2,000 mies (carrying 10,000 lb). Armstong Whitworth were a division of Hawker Siddeley and so development was conducted on a 'private venture' basis with the prototype AW650 Argosy (G-AOZZ) flying for the first time on 8th January 1959. With the huge resources of Hawker Siddeley in support, the programme was able to proceed quickly, as seen in the wing design which was derived from that of the Avro Shackleton. Four Rolls-Royce Dart engines were fitted in nacelles similar to those of the Vickers Viscount 800.

The military development programme proceeded in parallel with the civil production and the AW660 was distinguished by a nose radome and ‘clam-shell’ rear loading doors (civil aircraft had a side-hinged nose cargo loading door), together with increased engine power and increased fuel capacity . In the event, the AW660 was the more successful with 56 being sold to the RAF as the Argosy C.Mk 1. In total, the Argosy served with six RAF squadrons: three in the UK and one each in Cyprus, Aden and the Far East.

The Argosy was withdrawn from a military transport role service in 1975, with several aircraft being sold on to civil cargo operators. The Argosy E.1 remained in service until around 1978, with the type continuing in commercial service in America until around 1991. 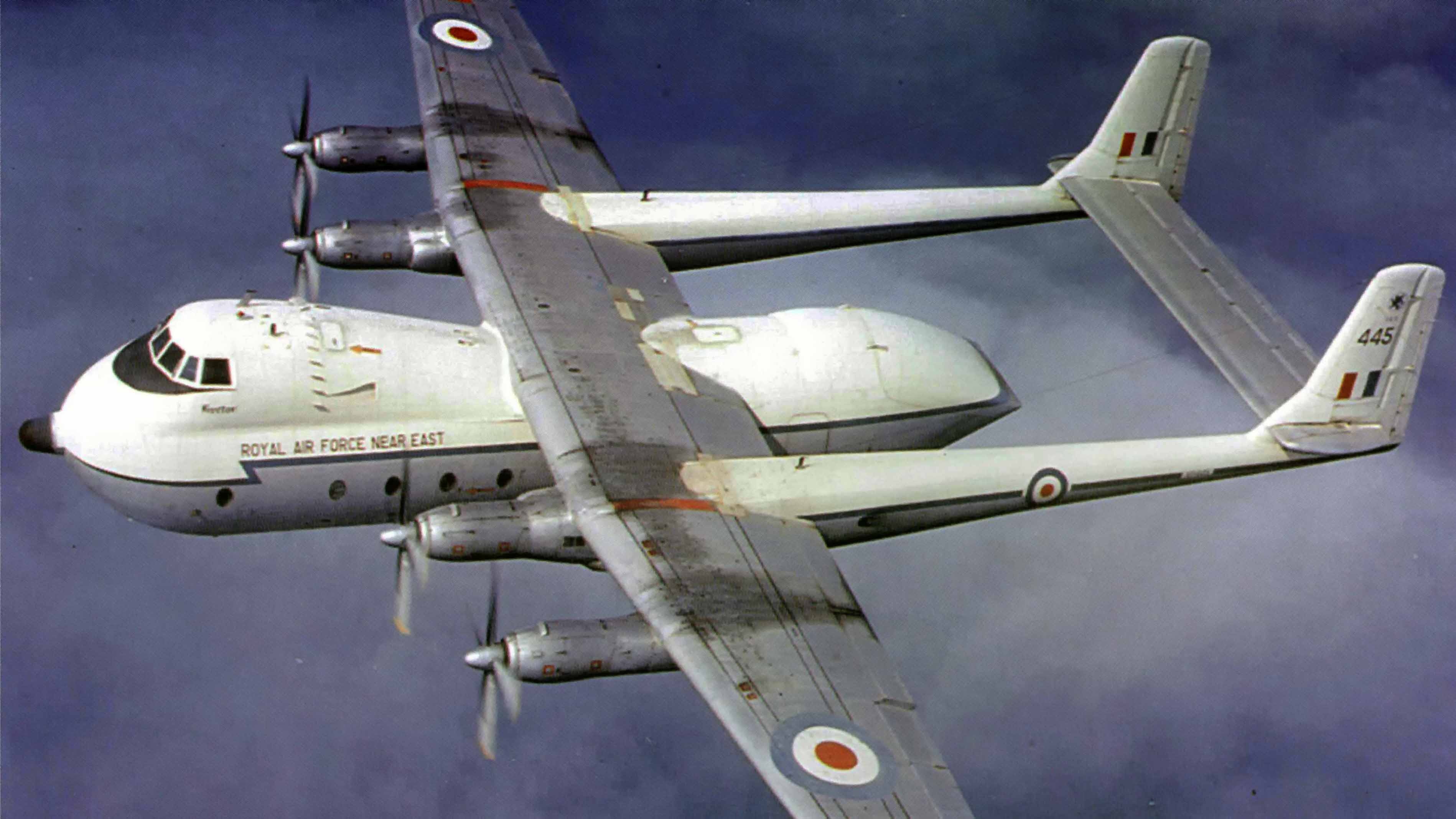