The De Havilland Comet was the World’s first pressurised commercial jet airliner and it was the source of enormous national pride. Its introduction into BOAC service in May 1952 was greeted as the dawning of a new age in passenger travel.

The first prototype (G-5-1 / G-ALVG) flew at Hatfield for the first time on 27th July 1949 and it was immediately apparent that the type would set new standards for both flight performance and passenger comfort.

The first production aircraft (G-ALYP) flew on 9th January 1951 and recorded the types first ‘fare-paying’ flight to Johannesburg with BOAC in May of the same year. The aircraft was an instant hit with the passengers including Queen Elizabeth, the Queen Mother and Princess Margaret who were VIP’s on a special flight in June 1953. In its first year, Comets carried over 30,000 passengers and at least 8 Comet flights departed London each week, destined for Johannesburg, Tokyo, Singapore and Columbo.

Sadly the history of the Comet 1 is dominated by the devastating accidents caused by catastrophic failure of the pressure cabin due to metal fatigue. With the identification of the structural problem inherant in the earlier series, all Comet 1's were withdrawn from service and the production line at Hatfield was halted. De Havilland set about relaunching Comet with a stronger and larger version of the aircraft.

The De Havilland Comet 3 (G-ANLO) flew for the first time on 19th July 1954 and was in reality an extensively developed aircraft, derived from the earlier Comet 1 and 2. However, the need for a higher capacity aircraft was identified by Capital Airlines in the USA . The aircraft that duly emerged was the Comet 4B which was specifcially for BEA operations.The final version the Comet 4C combined the fuselage of the Comet 4B with the wings of the Comet 4 to produce a long fuselage variant with pinion tanks.  The Comet 4C was notably successful in the export market with sales to Misrair, Mexicana, Aerolineas Argentinas, Sudan Airways, Kuwait Airways and Middle East Airlines. 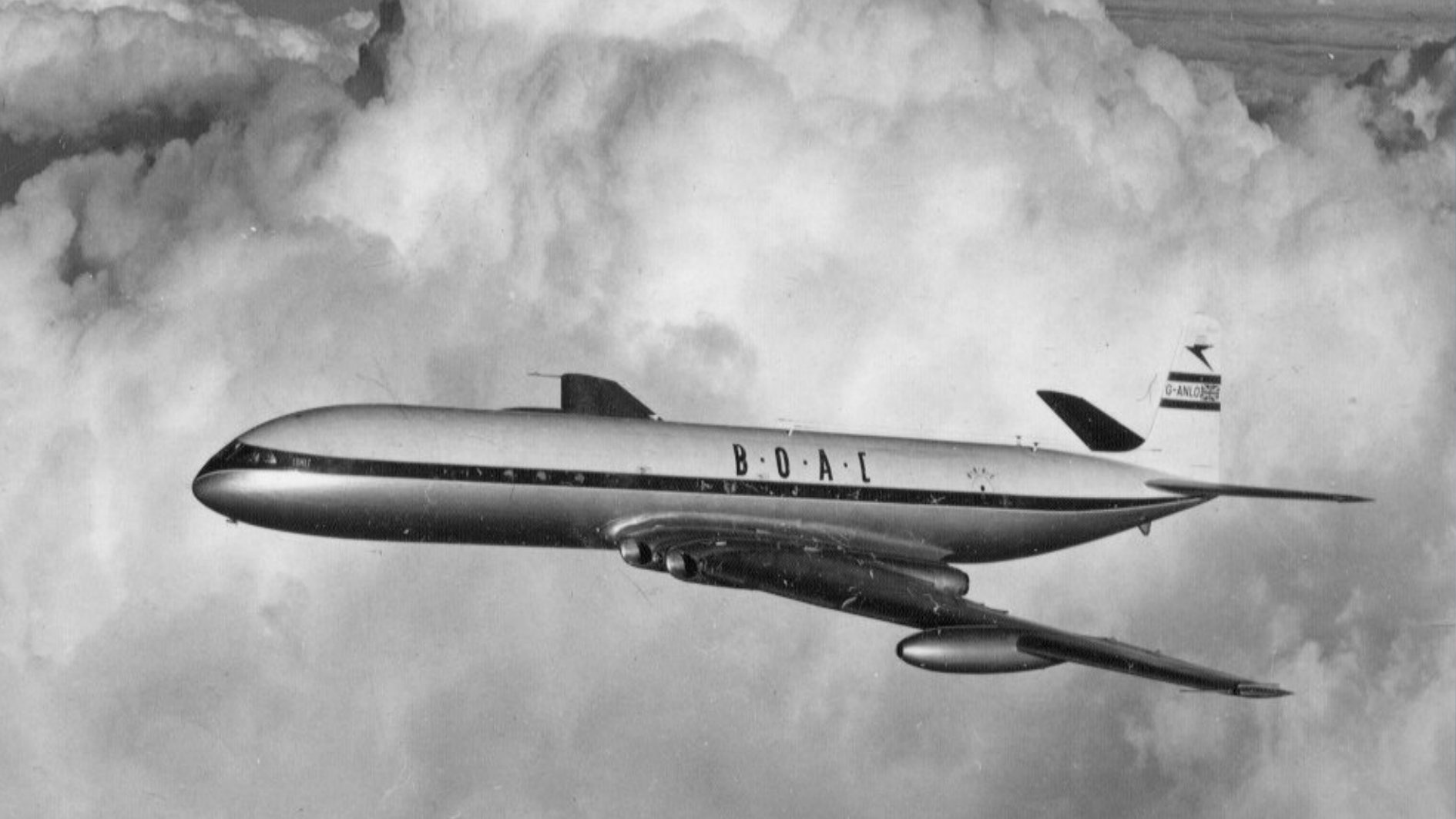