The McDonnell Douglas F-4 Phantom II is an American two-seat, twin-engined supersonic long-range all-weather fighter-bomber originally developed for the U.S. Navy by McDonnell Aircraft. The Phantom remained in production from 1958 to 1981, with a total of 5,195 built, and was used by the U.S. military from 1960 to 1996, serving with the U.S. Navy, Marine Corps, and U.S. Air Force. It was used extensively by all three U.S. services operating in Vietnam, ending the war as the principal air superiority fighter for both the Navy and Air Force, as well as being important in the ground-attack and reconnaissance roles. 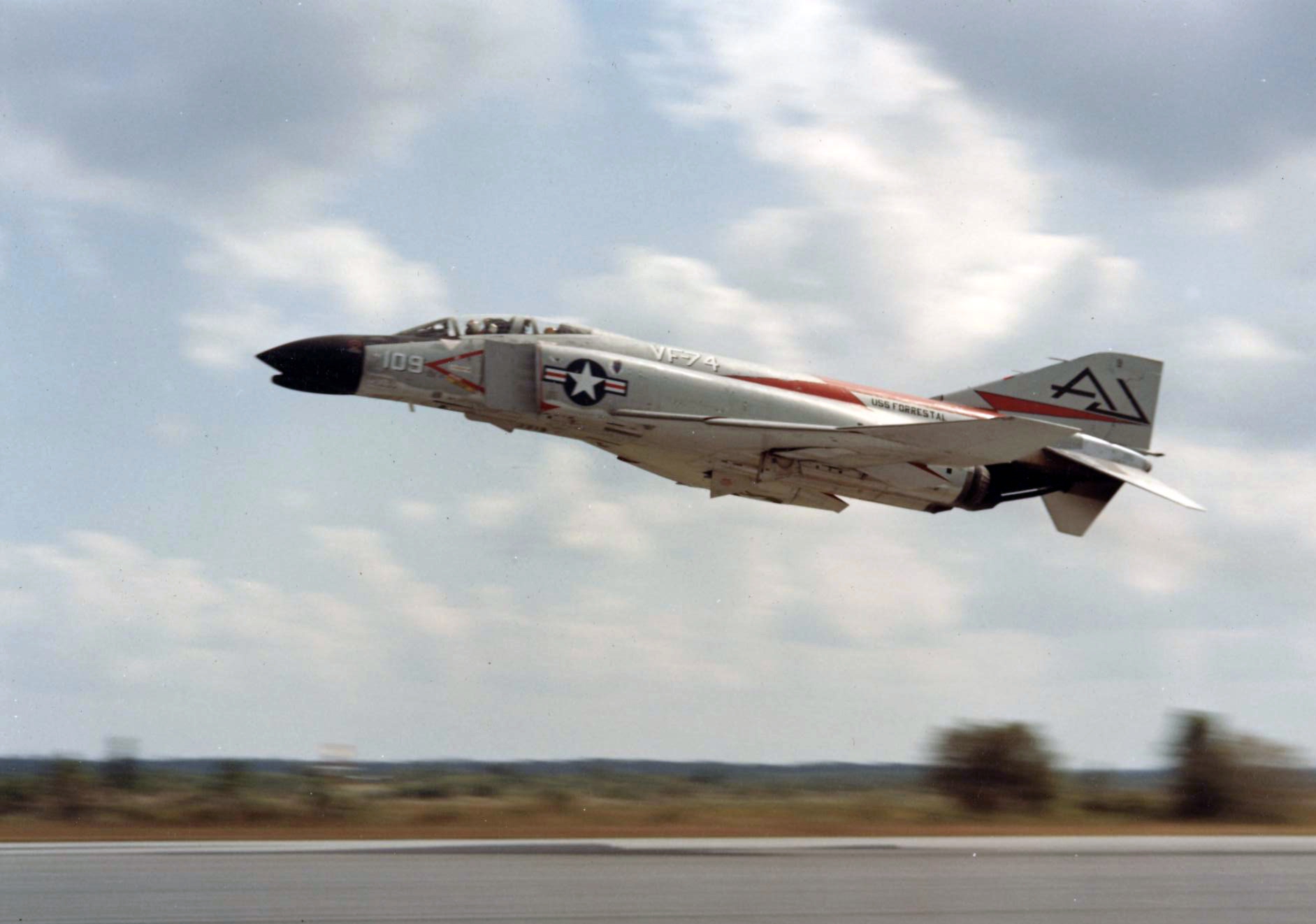