The A/U/RGM-84 Harpoon is an all- weather, over-the-horizon, anti-ship missile system that provides the Navy with a common missile for air and ship launches.

The Harpoon’s active radar guidance, warhead design, low-level cruise trajectory, and terminal mode sea-skim or pop-up maneuvers assure high survivability and effectiveness. The missile is capable of being launched from surface ships, submarines, shore batteries, or aircraft (without the booster).

Originally developed for the Navy to serve as its basic anti-ship missile for fleet-wide use. The A/R/UGM-84 was first introduced in 1977, and in 1979 the air-launched version was deployed on the Navy's P-3C Orion aircraft. The Harpoon was also adapted for use on USAF B-52H bombers, which can carry from 8 to 12 of the missiles. The Harpoon missile has been integrated on foreign F-16 aircraft and is presently being integrated on foreign F-15 aircraft. Under a 1998 agreement between Boeing and the Navy, an advanced upgrade to Harpoon missile was developed. This Harpoon Block II missile incorporated Global Positioning System-assisted inertial navigation, which enables the system to have both an anti-ship and a land attack capability.

Harpoon is in use with the US Navy and Air Force, and 27 foreign nations. It was developed and manufactured by McDonnell Douglas (now Boeing Defense, Space & Security). In 2004, Boeing delivered the 7,000th Harpoon unit since the weapon's introduction in 1977. The missile system has also been further developed into a land-strike weapon, the Standoff Land Attack Missile (SLAM).

The text here is primarily from the US Navy 'Fact File Click Here  to read the source.

This information is from Wikipedia, the free encyclopedia Click Here to read the full article. 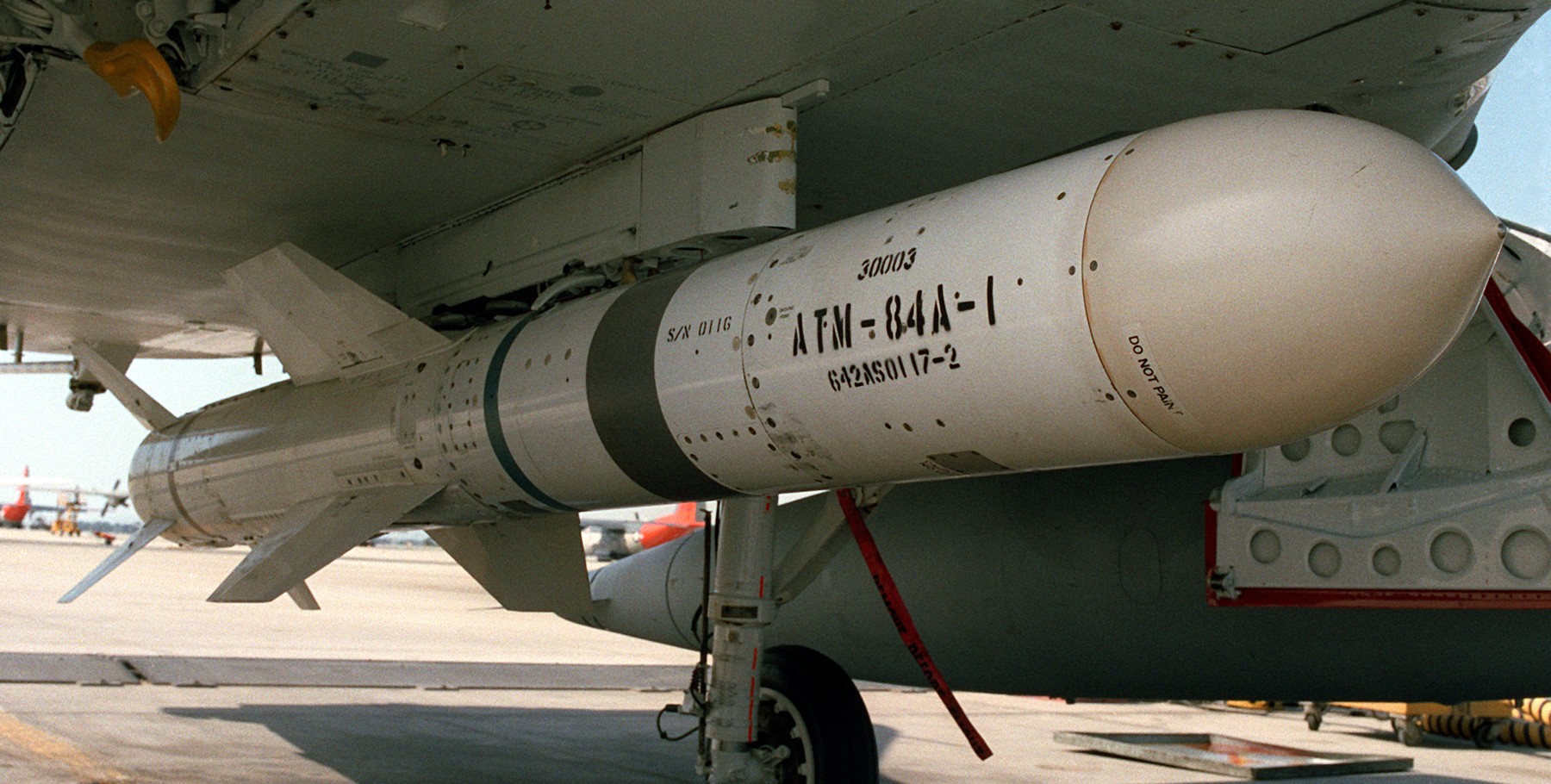