In the mid-1950s Handley Page developed a new fast short-range regional airliner, intended to replace the venerable Douglas DC-3, particularly in third-world countries. The design, originally known as the HPR.3 Herald, emanated from the drawing office at Handley Page (Reading) Limited—the former Miles Aircraft factory site. The HP Reading division succeeded in producing a modern design with excellent flight and performance characteristics. However, the company made a serious misjudgement by fitting piston engines instead of turbo-props and the orders were not forthcoming. Handley Page decided to press ahead with the Herald project, in an effort to recover the investment; announcing a new uprated version powered by the Rolls-Royce Dart. The revised aircraft was designated the HPR.7 Dart Herald and the first prototype converted to Dart Herald standard, made its maiden flight on 11 March 1958.

The Herald attracted much early interest around the world because of its astonishing short field performance and excellent flight characteristics, but the F-27 and the HS.748 rivals proved significantly more popular.

A military version was produced but no orders were received from the RAF and only eight were built for the Royal  Malaysian Air Force. 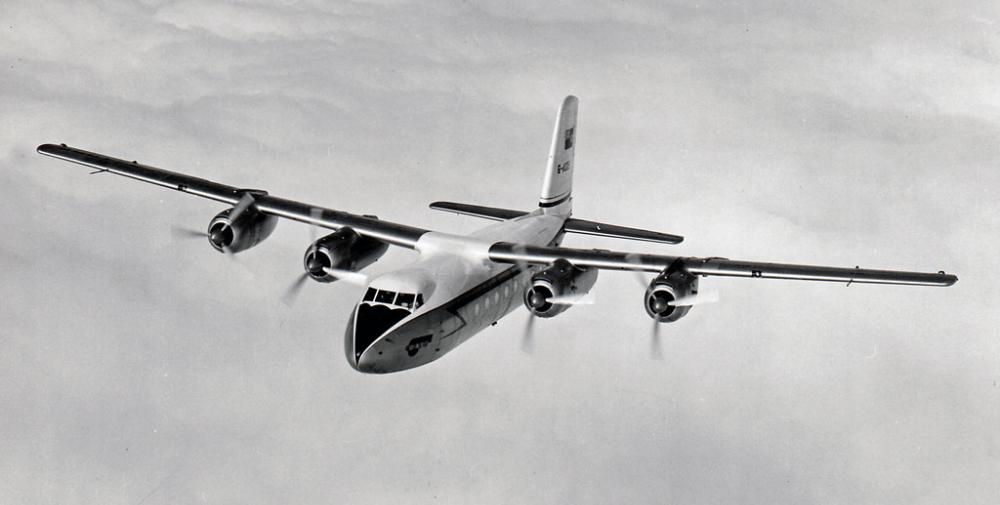