The FGM-148 Javelin is an American man-portable fire-and-forget anti-tank missile fielded to replace the M47 Dragon anti-tank missile in US service.[7] It uses an automatic infrared guidance that allows the user to seek cover immediately after launch, as opposed to wired-guided systems, like the Dragon, where the user has to actively guide the weapon throughout the engagement. The Javelin's HEAT warhead is capable of defeating modern tanks by attacking them from above where their armor is thinnest, and is also useful against fortifications in a direct attack flight. 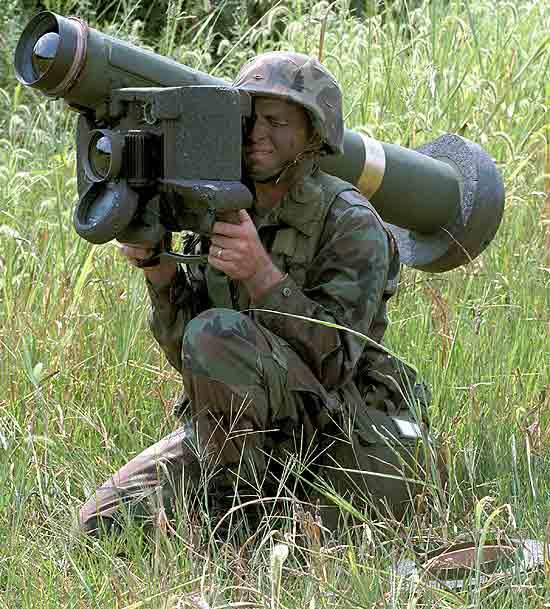