The RAF's search for a new combat aircraft began in 1969, with the issue of Air Staff Target 396. This called for an all-weather, supersonic, ultra-STOL ground-attack aircraft to replace both Jaguar and Harrier. However in 1979 the Royal Air Force split Air Staff Target (AST) 403 in two.  AST 409 was rewritten for a straight Harrier replacement, which was filled by the Harrier II. The remaining half of 403 was re-drafted to describe an agile fighter-bomber with more emphasis on the air combat role.

BAe Warton produced the P110 design to meet AST 403. It was planned as a twin-engined single-seat fighter to be powered by an improved version of the Turbo Union RB199 engine fitted in the Tornado. Some 40 percent of the P110's airframe, including the wings, were planned to be made of carbon fibre composite materials and the aircraft was to have a "fly-by-wire" active controls system.

The P110 design was developed as the Agile Combat Aircraft. ACA differed from the P110 in having longer-coupled canard foreplanes and an under-fuselage air intake.

In May 1983 the British Government put money into ACA, turning it into the Experimental Aircraft Programme (EAP). In the process the design lost its twin vertical fins. EAP had been intended as a two-aircraft programme, but the German government did not fund its share of the second aircraft. In consequence, EAP became an all-Warton-built aeroplane, with the exception of the left wing which was built by Aeritalia. To save money, EAP used the all-metal Tornado rear fuselage and fin, but a lot of the airframe was made of composite materials and titanium.

In December 1987 the definitive European Staff Requirement was issued for EFA, the European Fighter Aircraft,  by the four air forces UK, Germany, Italy and Spain (the RAF's requirement was in SR(A) 414). The main development contracts for the airframe and engine were signed on 23rd November 1988 between the NATO management agency NEFMA and Eurofighter GmbH and Eurojet GmbH.

In March 1994 the first flight of Typhoon DA1 took place. 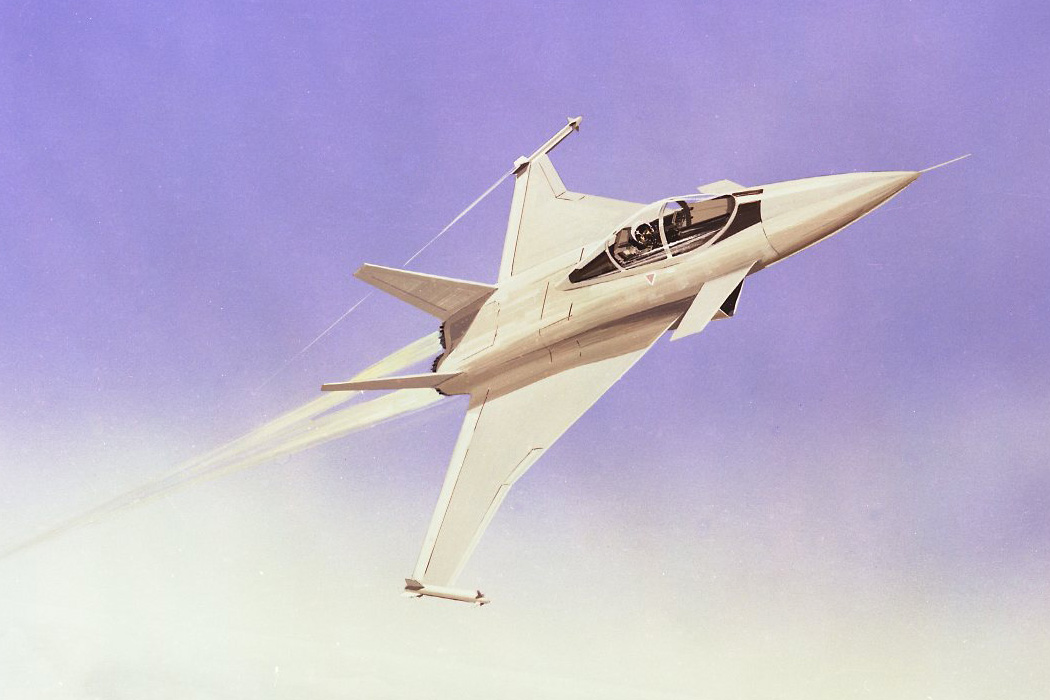