The VSX program (S-3) started in 1968, and, in 1969, Lockheed was awarded the contract to develop the Navy's new carrier-based, fan-powered ASW aircraft. It was designed to incorporate the latest concepts in sensors and in computer-based data processing, display and weapons control systems, and in enabling the four-man crew to effectively deal with the anticipated submarine threat. The S-3 Viking replaced the old reciprocating-engine-powered S-2 Tracker. The S-3 Viking has all four crew members seated on ejection seats. The pilot's controls include a control stick in place of the traditional wheel. The slightly swept wing and General Electric TF-34 fan engines provide the S-3A with long-range or on-station endurance at cruise speeds and altitudes typical of subsonic jet aircraft. In-flight refuelling through a retractable refuelling probe can be used to further extend its mission performance. Folding wings and vertical tail provide carrier handling flexibility. The S-3A airframe has been adapted to other roles--a characteristic for which its S-2 predecessor has long been noted. The improved S-3B version incorporates improved technology for increased radar detection range and classification, advanced acoustic processing, and support measures, and has Harpoon missile capability.

The NAVY.mil website declares:
“The purpose of this Web site is to provide information about the United States Navy to the general public. All information on this site is considered public information and may be distributed or copied unless otherwise specified. Use of appropriate byline/photo/image credits is requested.” 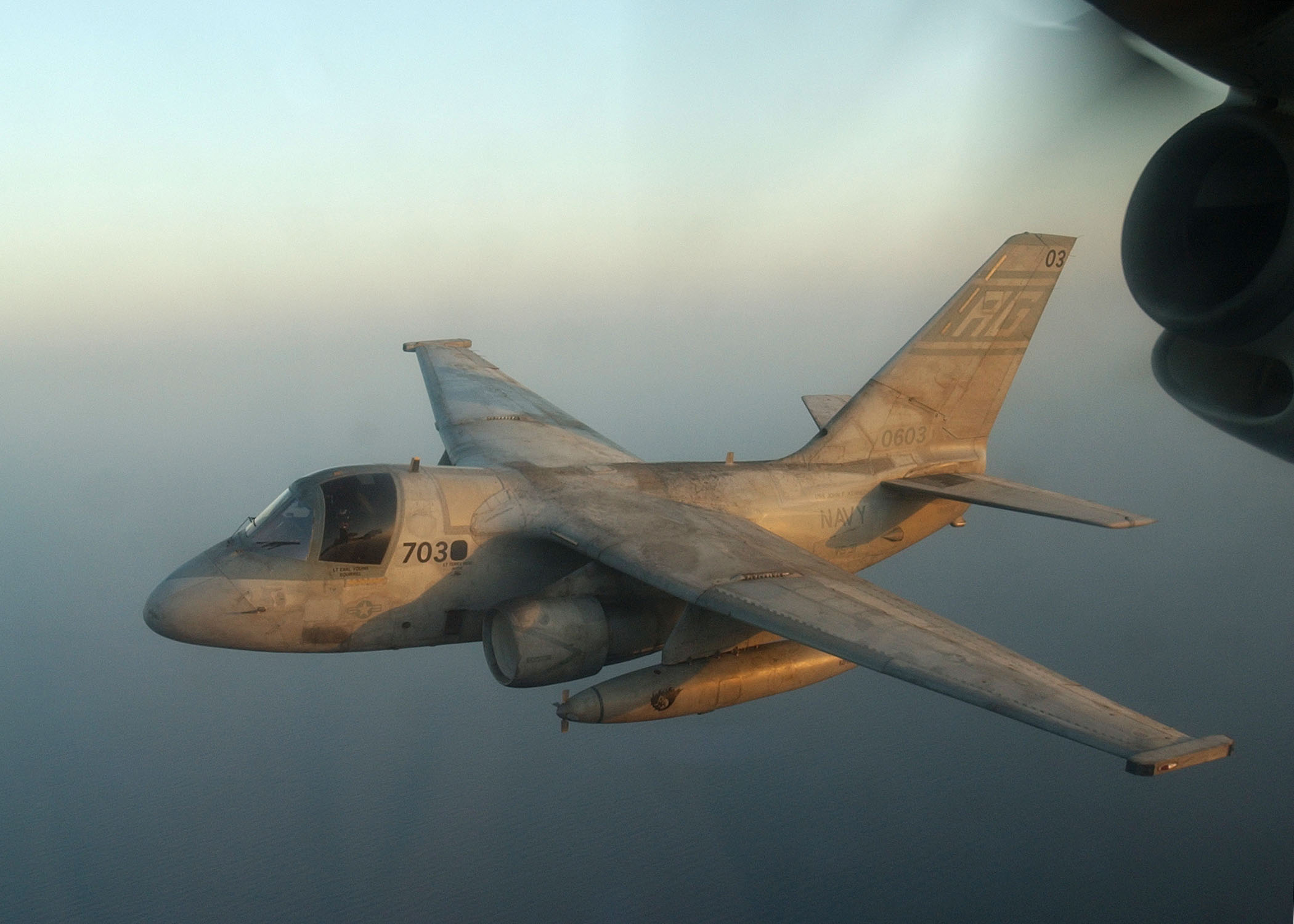