The British Aerospace Sea Harrier is a naval short take-off and vertical landing/vertical take-off and landing jet fighter, reconnaissance and attack aircraft; the second member of the Harrier Jump Jet family developed. It first entered service with the Royal Navy in April 1980 as the Sea Harrier FRS1 and became informally known as the "Shar".Unusual in an era in which most naval and land-based air superiority fighters were large and supersonic, the principal role of the subsonic Sea Harrier was to provide air defence for Royal Navy task groups centred around the aircraft carriers.

The Sea Harrier served in the Falklands War, and the Balkans conflicts; on all occasions it mainly operated from aircraft carriers positioned within the conflict zone. Its usage in the Falklands War was its most high profile and important success, where it was the only fixed-wing fighter available to protect the British Task Force. The Sea Harriers shot down 20 enemy aircraft during the conflict with two lost to enemy ground fire. They were also used to launch ground attacks in the same manner as the Harriers operated by the Royal Air Force.

The Sea Harrier was marketed for sales abroad, but by 1983 India was the only operator other than Britain after attempts to sell the aircraft to Argentina and Australia proved unsuccessful. A second, updated version for the Royal Navy was made in 1993 as the Sea Harrier FA2 (or FRS2), improving its air-to-air abilities and weapons compatibilities, along with a more powerful engine; this version continued manufacture until 1998. The aircraft was withdrawn from service early by the Royal Navy in 2006. The Sea Harrier remained in service for a further decade with the Indian Navy until its retirement in 2016. 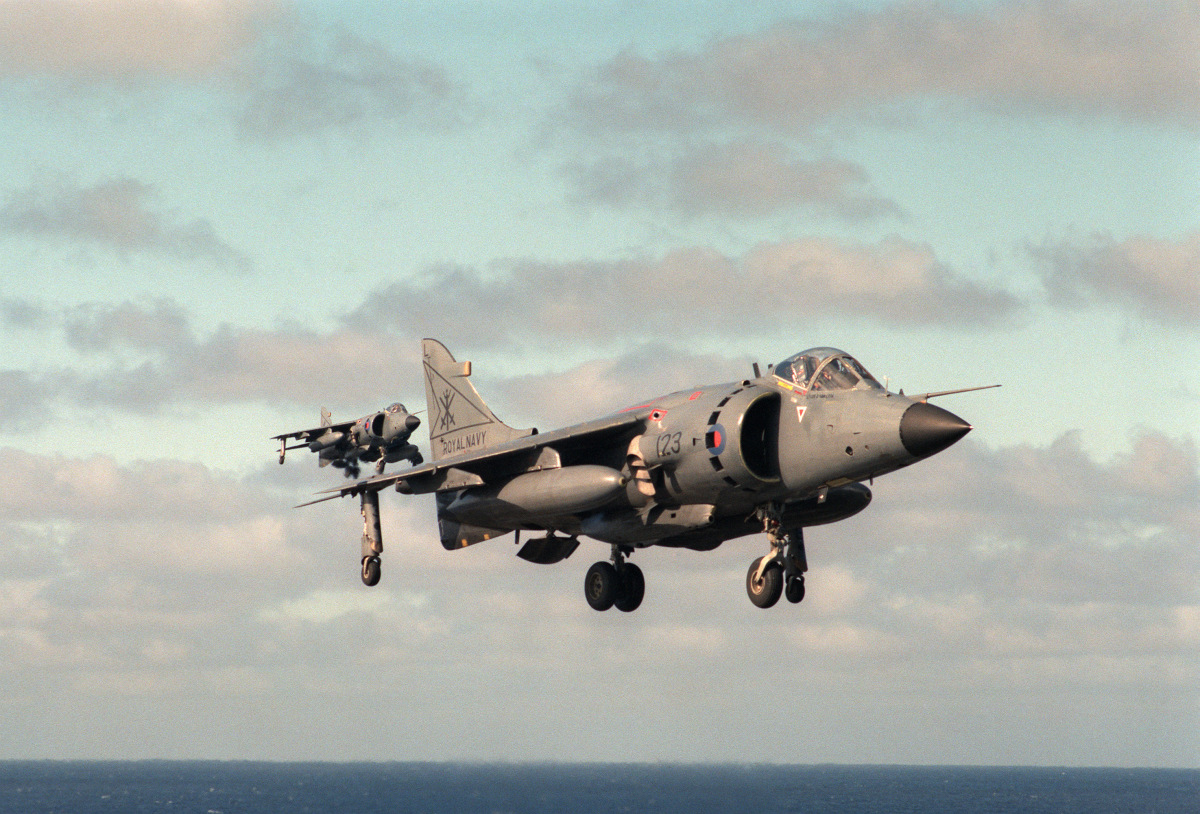