The BAC TSR-2 was an ill-fated Cold War strike aircraft developed by the British Aircraft Corporation (BAC) for the Royal Air Force in the early 1960s. The TSR-2 was designed to penetrate a well-defended forward battle area at low altitudes and very high speeds, and then attack high-value targets in the rear with close-in bomb runs and precision drops. The TSR-2 included a number of advanced features that made it the highest performing aircraft in this role, yet the programme was controversially cancelled in favour of the General Dynamics F-111, a procurement that itself was later cancelled.Elliotts was involved in the design of the Flight Control system and the Head Up Display.

This information is from Wikipedia, the free encyclopedia. Click here to read the full article. The picture is from the RAA collection. 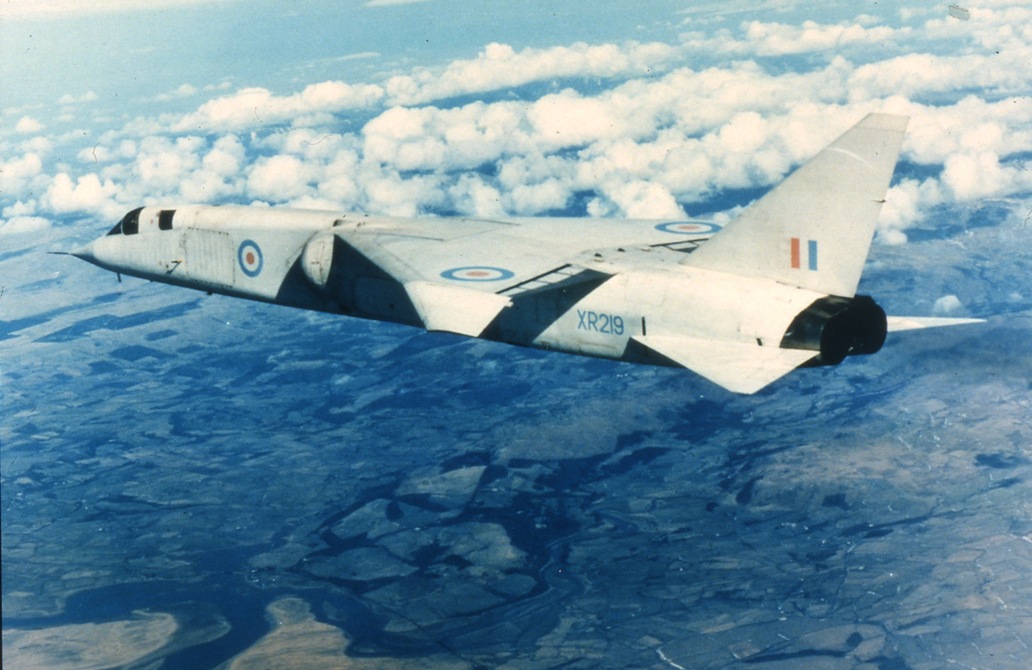