The first production Type 701 G-ALWE flew in August 1952, with the type entering full passenger service on 18th April 1953. The type was an immediate success both in terms of economics and passenger appeal and was sold all over the world. It was popular not least for its superb passenger windows and smooth ride.

The proven success of the type in BEA service led to orders from Air France, Aer Lingus and Trans-Australian Airlines (TAA). These were followed by key orders for 15 aircraft for Trans-Canada Airlines and 60 aircraft for Capital Airlines. Ultimately, 147 of the 445 Viscounts sold were exported to the North American market.

This was followed by the Type 800, which was stretched to by a further 46 inches to 85ft 8in provide a capacity of 57 to 65 seats, dependent upon configuration. The rear bulkhead was also moved aft, resulting in an overall increase in the internal cabin length of no less than 111 inches.

The Type 810 introduced a new variant of the Dart engine, the 1,990 ehp Dart 525 engine. This provided improved hot and high take-off performance and allowed an increase in maximum gross weight. Although not produced in the same numbers as the Type 700 series, additional export sales resulted to airlines such as All Nippon Airways, Cubana, Ghana Airways, Pakistan International, Lufthansa and VASP.

The success of the type resulted in Vickers-Armstrongs opening a second production line at its Hurn Airport factory, to supplement production at their Weybridge site. The Hurn factory had previously been used for Vickers Varsity production.

The last Viscount passenger service in Britain was flown in April 1996. 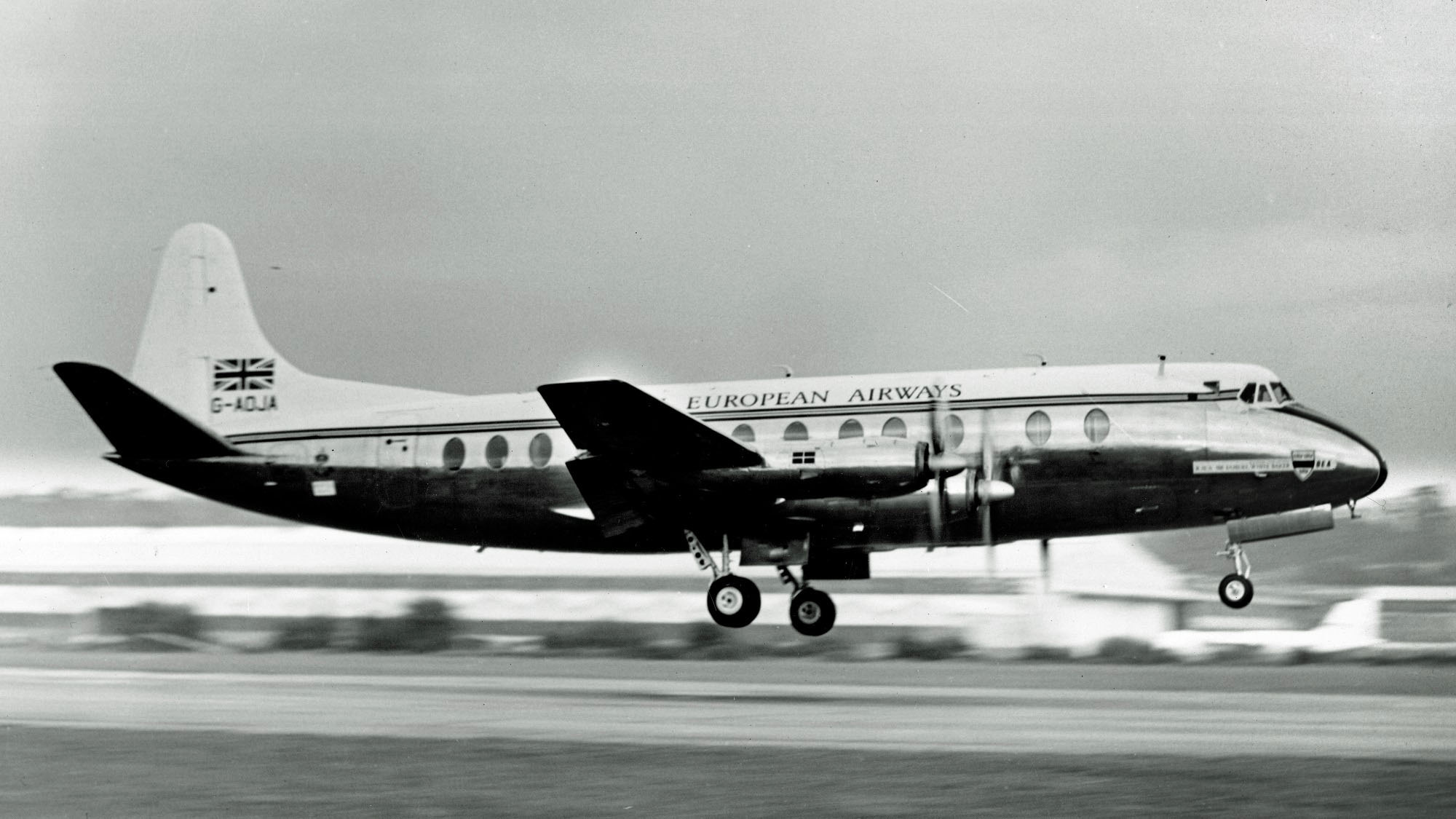