The Warrior tracked vehicle family is a series of British armoured vehicles, originally developed to replace the older FV430 series of armoured vehicles. The Warrior started life as the MCV-80, "Mechanised Combat Vehicle for the 1980s". One of the requirements of the new vehicle was a top speed able to keep up with the projected new MBT, the MBT-80 - later cancelled and replaced by what became the Challenger 1 - which the then-current FV432 could not. The project was begun in 1972. GKN Defence won the production contract in 1984 and the Warrior was accepted for service with the British Army in November 1984.

GKN Defence was purchased by BAE Systems, via Alvis plc.

A total of 789 FV510 and variants were manufactured for the British Army, and 254 of a modified version (Desert Warrior) were produced for the Kuwaiti Army.

In particular the Company has supplied equipment for the FV514 Mechanised Artillery Observation Vehicle. This is operated by the Royal Artillery as an Artillery Observation Post Vehicle (OPV) and is fitted with mast-mounted Man-packable Surveillance and Target Acquisition Radar (MSTAR) and APES Azimuth Position and Elevation System. Vehicle mounted Inertial Navigation System, with Image Intensifying and Infra Red equipment. 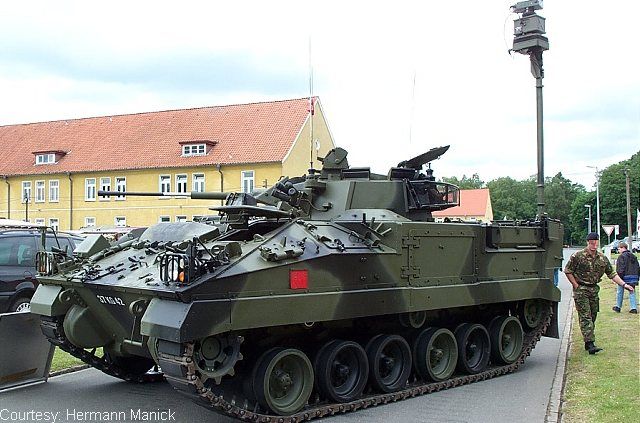