The Control and Display Unit (CDU) comprised a twin layer multiplexed LCD module, designed by Steve Pink of GEC Avionics, and contracted out to Racal for build, A silicone keypad with electroluminescent tile for back lighting pressing onto a contact switch array that was designed to provide adequate tactile feel to an operator wearing arctic gloves. Inside the unit were three cards; a computation card, a sensors interface card and a card to operate the display. There was a spare slot to house a BATES interface card. there was also an EMP event sensor that shut down the system to protect it. (Note Courtesy of Steve Pink)

GEC Avionics  provided the highly accurate artillery positioning system known as 'APES' (Azimuth, Position and Elevation System) for the British Army's Warrior Observation Post Vehicle FV514 . APES was produced in Guidance Systems Division in the mid 1980s. The APES equipment was fitted to a surveillance variant of the Warrior Tank made by Alvis/GKN. It comprised a Honeywell INU, a TAU (Transverse Angle Unit) that measure turret lateral position, an EAU (Elevation Angle Unit) that measured gun barrel vertical angle, a speed sensor coupled to the tank wheels/track and the CDU that provided the operator interface for the equipment. The system combined with a laser targeting system produced by Chelmsford/Basildon sites. the system was to eventually interface to the army BATEs system. This was a very successful project and the equipment was operational during the Gulf wars. The equipment was made obsolete when the next generation of it was produced by Thales. (Note courtesy of Steve Pink)

GEC Avionics has established an exclusive licensing agreement with Honeywell Inc to incorporate the United States company’s mature ring laser technology into a range of products, including this British Army system

As APES will have none of the moving parts used in conventional gyroscopes it can ensure reliable information despite the harsh shock and vibration conditions encour tered by tracked vehicles APES it based on the Honeywell H726 Dynamic Reference Unit and in con junction with a GEC Avionics Control and Display Unit and a laser rangefinder processes input signals to give the necessary vehicle position to enable targets to be located accurately. 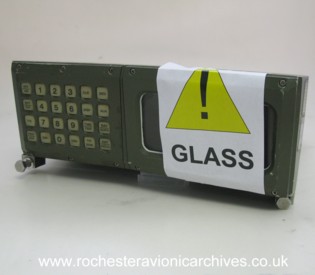 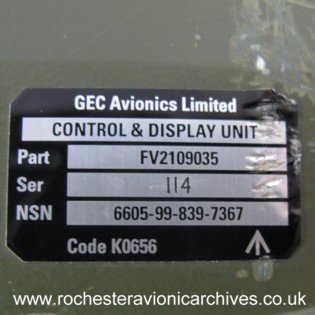