Westland Helicopters which had a long standing licence agreement with Sikorsky to allow it to build Sikorsky's helicopters, extended the agreement to cover their Sea King soon after its first flight in 1959. In 1966 the Royal Navy selected the Sea King to meet a requirement for an anti-submarine (ASW) helicopter to replace the Westland Wessex, placing an order with Westland for 60 Sea Kings on 27 June 1966. The prototype and pre-production aircraft were constructed with Sikorsky-built components. The first Westland-built aircraft, the first production aircraft for the Royal Navy, designated the Sea King HAS1, first flew on the 7 May 1969 and was delivered to the Navy in the same year. By 1979, the Royal Navy had ordered 56 HAS1s and 21 HAS2s to meet the anti-submarine requirements, these were also outfitted for carrying out the secondary role of anti-ship missions. Over 300 Westland Sea Kings were produced, the last to be built at Westland were Mk 43B SAR versions for the Royal Norwegian Air Force. The last of the Royal Navy's Sea Kings in the ASW role was retired in 2003, being replaced by the Agusta Westland Merlin HM1. 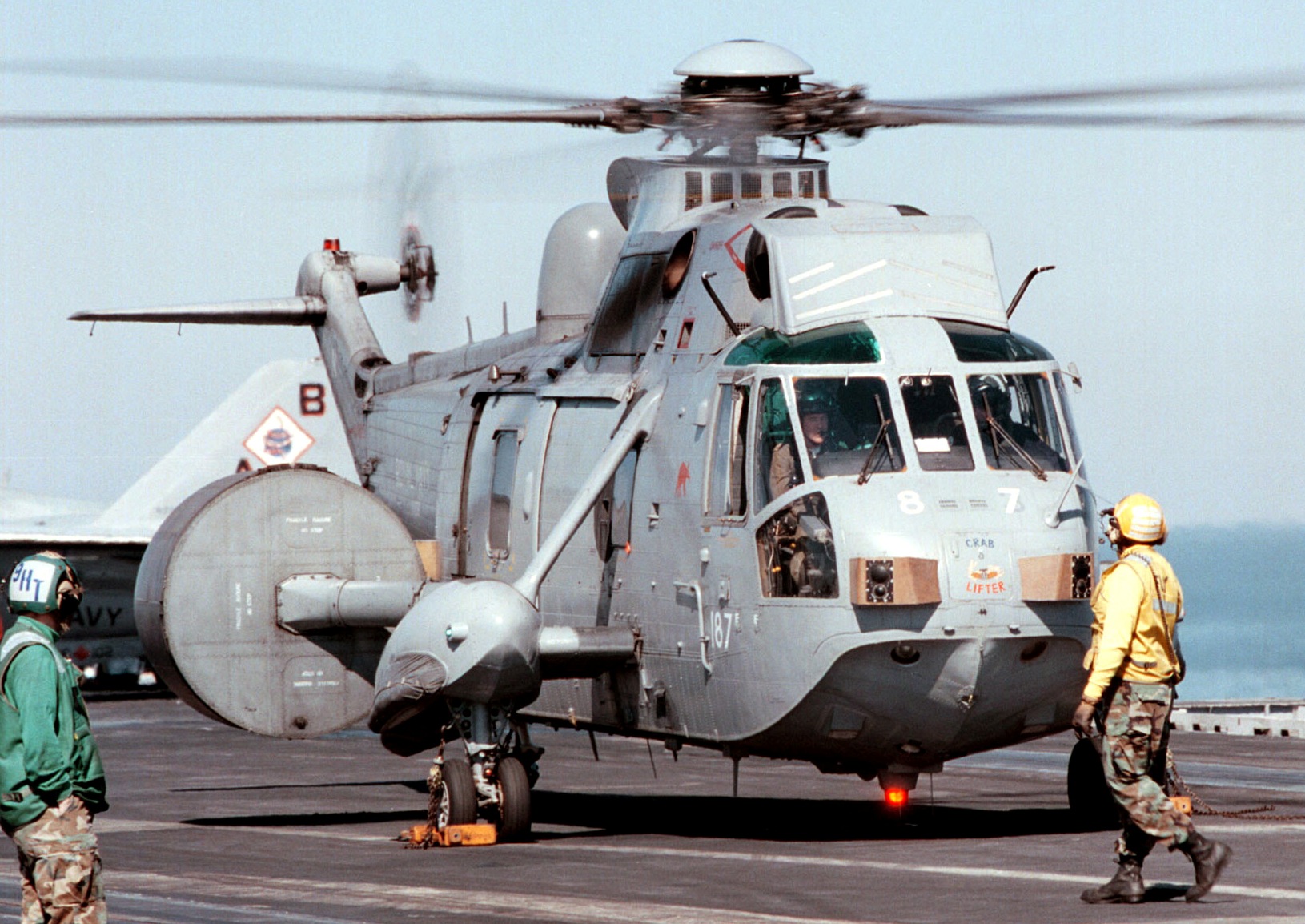