The Sikorsky UH-60 Black Hawk is a four-bladed, twin-engine, medium-lift utility helicopter manufactured by Sikorsky Aircraft. Sikorsky submitted the S-70 design for the United States Army's Utility Tactical Transport Aircraft System (UTTAS) competition in 1972. The Army designated the prototype as the YUH-60A and selected the Black Hawk as the winner of the program in 1976, after a fly-off competition with the Boeing Vertol YUH-61.

Named after the Native American war leader Black Hawk, the UH-60A entered service with the U.S. Army in 1979, to replace the Bell UH-1 Iroquois as the Army's tactical transport helicopter. This was followed by the fielding of electronic warfare and special operations variants of the Black Hawk. Improved UH-60L and UH-60M utility variants have also been developed. Modified versions have also been developed for the U.S. Navy, Air Force, Coast Guard and for international export.

The photograph is by courtesy of the U.S. Department of Defense Current Photos 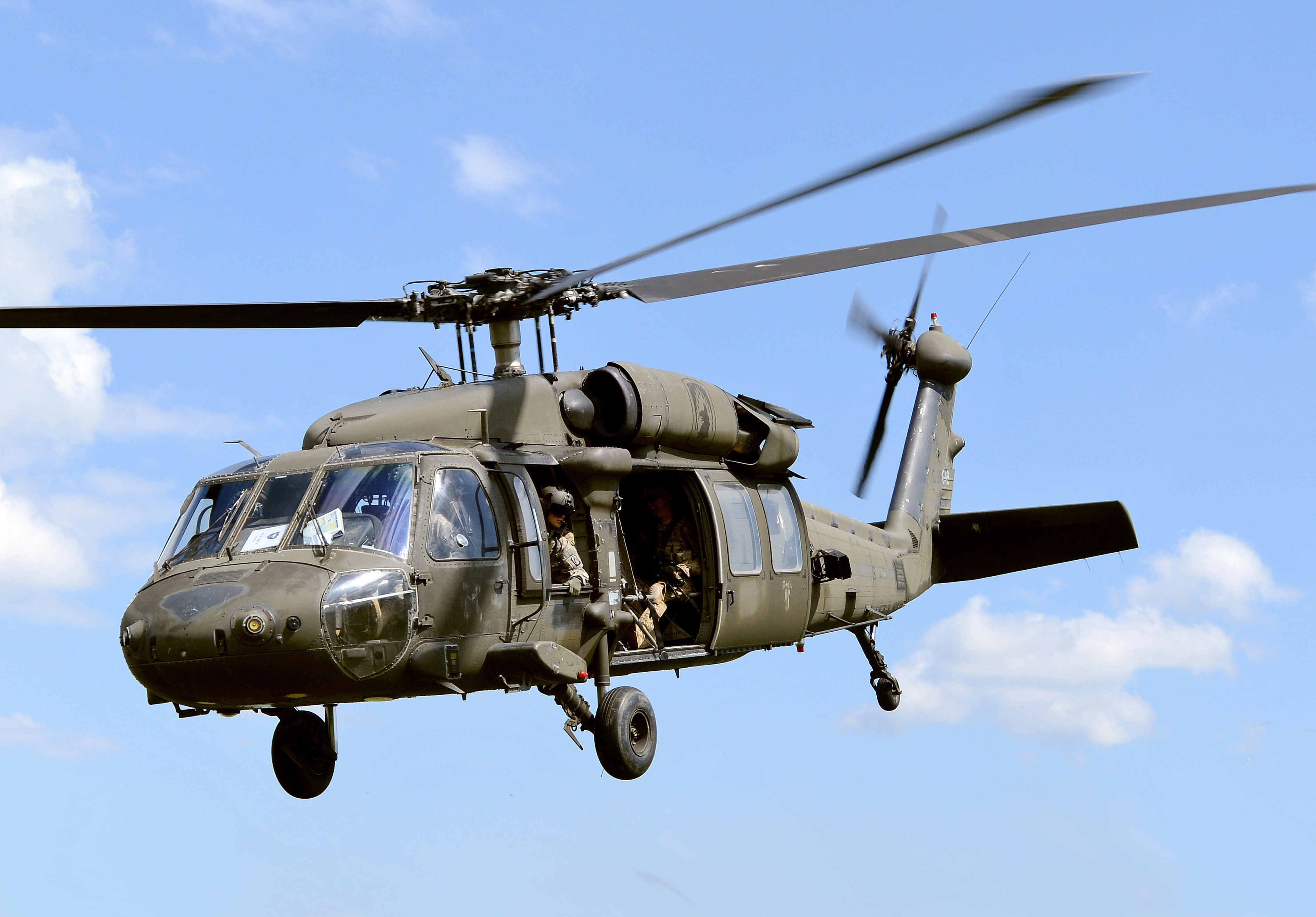