The A-4 Skyhawk was an American attack aircraft originally designed to operate from United States Navy aircraft carriers. The aircraft was designed and produced by Douglas Aircraft Corporation (later McDonnell Douglas) and was originally designated the A4D under the US Navy's pre-1962 designation system. 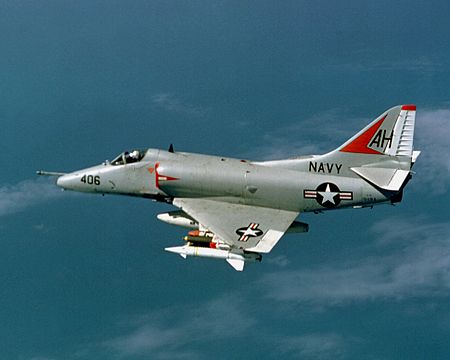 A-4 Top of the Line (promotion)