The Boeing (formerly McDonnell Douglas) C-17 Globemaster III is an American strategic airlifter manufactured by Boeing Integrated Defense Systems, and operated by the United States Air Force, British Royal Air Force, the Royal Australian Air Force, and the Canadian Forces Air Command.[3] NATO also has plans to acquire the airlifter. The C-17 Globemaster III is capable of rapid strategic delivery of troops and all types of cargo to main operating bases or directly to forward bases in the deployment area. It is also capable of performing tactical airlift, medical evacuation and airdrop missions. The C-17 takes its name from two previous United States cargo aircraft, the C-74 Globemaster and the C-124 Globemaster II. 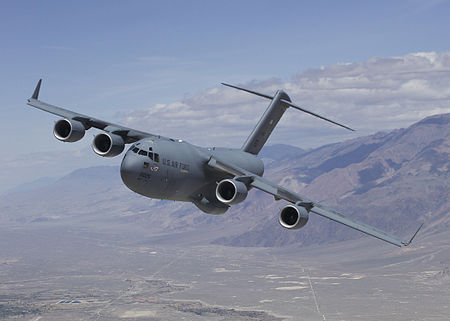 C-17 The making of a legend