The Harrier, informally referred to as the Harrier Jump Jet, is a family of jet-powered attack aircraft capable of vertical/short takeoff and landing operations (V/STOL). It was originally developed by British manufacturer Hawker Siddeley in the 1960s. The Harrier emerged as the only truly successful V/STOL design of the many attempted during that era, despite being a subsonic aircraft, unlike most of its competitors. It was conceived to operate from improvised bases, such as car parks or forest clearings, without requiring large and vulnerable air bases. Later, the design was adapted for use from aircraft carriers.

The Hawker Siddeley Harrier GR.1/GR.3 and the AV-8A Harrier were the first generation of the Harrier series, the first operational close-support and reconnaissance attack aircraft with vertical/short takeoff and landing (V/STOL) capabilities. These were developed directly from the Hawker P.1127 prototype and the Kestrel evaluation aircraft. On 18 April 1969, the Harrier GR.1 officially entered service with the RAF when the Harrier Conversion Unit at RAF Wittering received its first aircraft. The United States Marine Corps (USMC) also chose to procure the type, receiving 102 AV-8A and 8 TAV-8A Harriers between 1971 and 1976.

As early as 1973, Hawker Siddeley and American aviation manufacturer McDonnell Douglas were jointly working on development of a more capable version of the Harrier. Early efforts concentrated on the development of an improved Pegasus engine, designated the Pegasus 15, which was being tested by Bristol Siddeley. During August 1981, the program received a boost when British Aerospace (BAe) and McDonnell Douglas signed a Memorandum of Understanding (MoU), marking the UK's re-entry into the program. The Harrier was extensively redeveloped by McDonnell Douglas, and later joined by BAe (now parts of Boeing and BAE Systems, respectively), leading to the family of second-generation V/STOL jet multi-role aircraft. The American designation for this was the AV-8B Harrier II.

On 12 December 1983, the first production AV-8B was delivered to the USMC. The AV-8B is primarily used for attack or multi-role tasks, typically operated from small aircraft carriers. The RAF also chose to procure the second generation of the British Aerospace-built (with McDonnell Douglas as subcontractor) Harrier II GR5/GR7/GR9, which entered service in the mid-1980s.[28] This model was also operated by several different NATO countries, including Spain and Italy. In December 1989, the first RAF squadron to be equipped with the Harrier II was declared operational. The British Harrier II was used by the RAF and later by the Royal Navy up to 2010, at which point the Harrier II and the Joint Force Harrier operational unit was disbanded as a cost-saving measure.

Between 1969 and 2003, 824 Harrier variants were delivered. While the manufacture of new Harriers concluded in 1997, the last remanufactured aircraft (Harrier II Plus configuration) was delivered in December 2003, ending the Harrier production line. 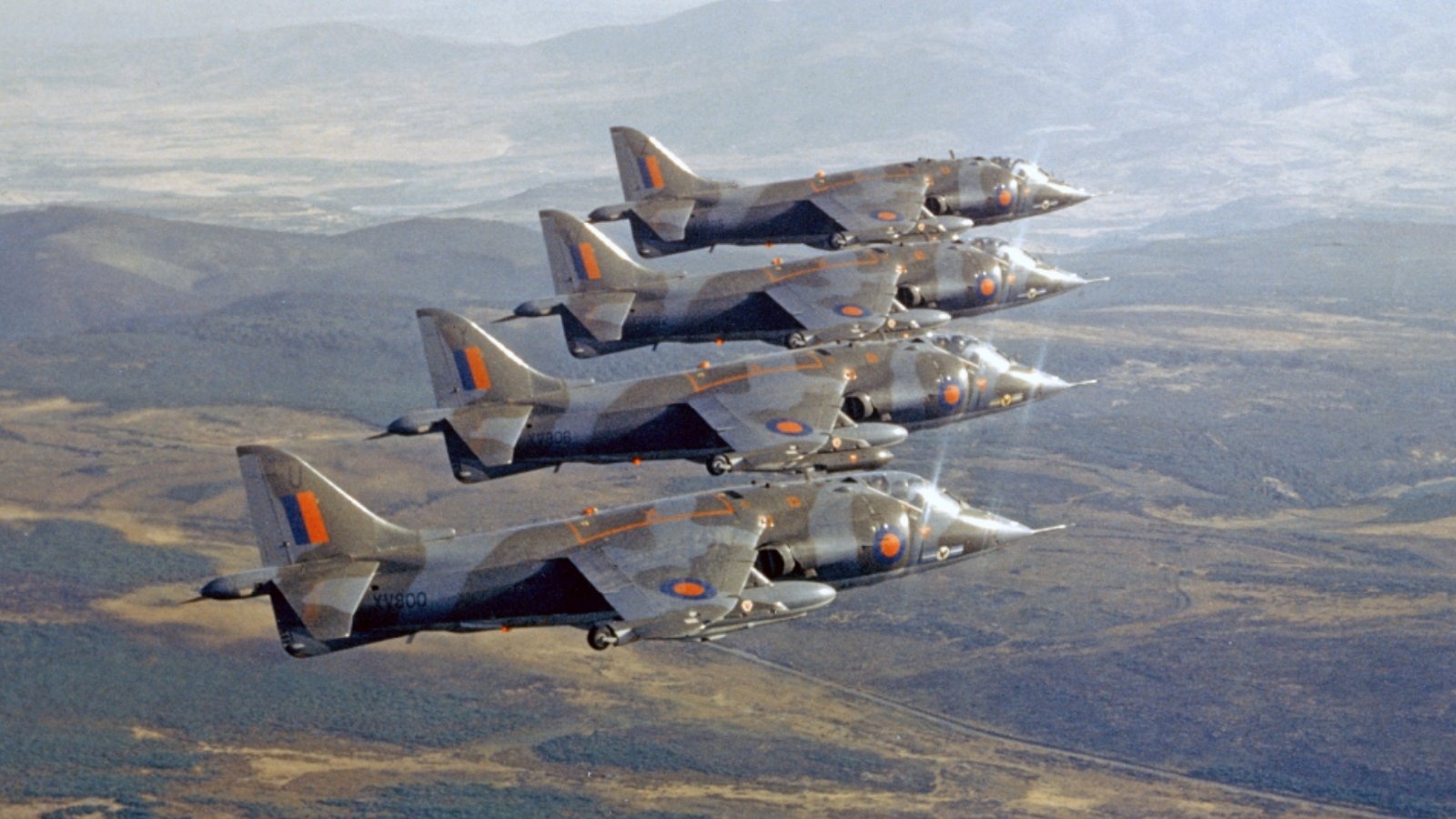 Wiring Board for the Screen Module Cableform