The Hawker Siddeley HS.121 Trident  was a British short and medium-range airliner. The Trident emerged in response to a call by the state-owned British European Airways Corporation (BEA) for a jet airliner for its premier West European routes. BEA had been induced by the government to issue this call despite its unwillingness to buy a large jet fleet. The airline's requirements fluctuated greatly in the 1950s and a decade later evolved radically away from what the Trident could offer. Adherence to BEA's changing specification was widely seen as limiting the Trident's appeal to other airlines and delaying its service entry.

During its gestation, the Trident was also involved in a government drive to rationalise the British aircraft industry. The resulting corporate moves and government interventions contributed to delays causing it to enter service two months after its major competitor, the Boeing 727, losing further potential sales as a result.

The Trident was a jet airliner of all-metal construction with a T-tail and a low-mounted wing with a quarter-chord sweepback of 35 degrees. It had three rear-mounted engines: all versions were powered by versions of the Rolls-Royce Spey.

The Trident was one of the fastest subsonic commercial airliners, regularly cruising at over 610 mph (980 km/h). At introduction into service its standard cruise Mach Number was 0.88/380kts IAS, probably the highest of any of its contemporaries. Designed for high speed, with a critical Mach Number of 0.93, the wing produced relatively limited lift at lower speeds. This, and the aircraft's low power-to-weight ratio, called for prolonged takeoff runs. Nevertheless, the Trident fulfilled BEA's 6,000 ft (1,800 m) field length criterion and its relatively staid airfield performance was deemed adequate before the arrival into service of the Boeing 727 and later jet airliners built to 4,500 ft (1,400 m) field length criteria.

The Trident had a complex, sophisticated and comprehensive avionics fit which was successful in service. This comprised a completely automatic blind landing system developed by Hawker Siddeley and Smiths Aircraft Instruments. It was capable of guiding the aircraft automatically during airfield approach, flare, touchdown and even roll-out from the landing runway. The system was intended to offer autoland by 1970. In the event, it enabled the Trident to perform the first automatic landing by a civil airliner in scheduled passenger service on 10 June 1965 and the first genuinely "blind" landing in scheduled passenger service on 4 November 1966.

By the end of the programme in 1978, 117 Tridents had been produced. BEA's successor British Airways withdrew its Tridents by the mid-1980s. Trident services ended in China in the early 1990s. 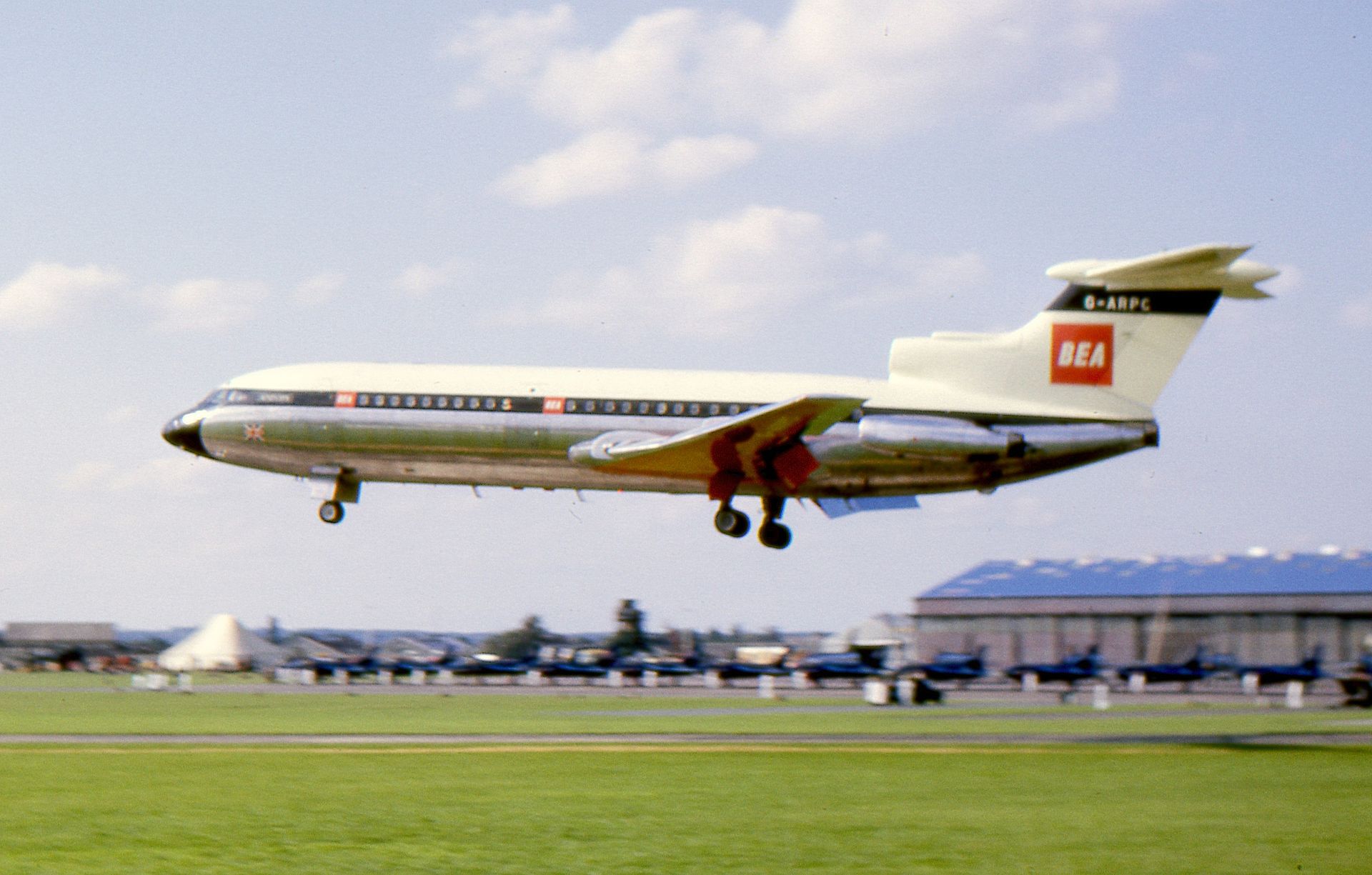