The Jaguar was the result of an Anglo-French collaboration to develop an advanced training and strike aircraft, entering service with the Royal Air Force in 1973.
XX765 was withdrawn from RAF service to demonstrate the feasibility of Active Control Technology (ACT), under development by British Aerospace (BAe). The aircraft's normal control rods were replaced with a 'fly-by-wire' (FBW) control system, which used four independent computer-controlled electrical channels to relay instructions to the flight surfaces. The aircraft was further modified by fitting large leading edge strakes (wing extensions) to move the centre of lift forward and adding ballast to the rear fuselage to move the centre of gravity aft. This enhanced the lift and drag characteristics and made the tail plane more efficient thereby allowing smaller lighter engines with greater fuel efficiency to be used, decreasing overall weight by 15% thereby greatly enhancing aircraft manoeuvrability – important to the next generation of air superiority fighters.
Flight trials began on the 20th October 1981. Test pilots were impressed by the crisp control responses and smooth flight. The aerodynamic instability of the aircraft enhanced manoeuvrability, but the computer-controlled flight commands provided split-second corrections to compensate for the unstable configuration.

The aircraft was the first aircraft to fly with an all digital FBW flight control system with no form of reversionary (back up) control. The test programme was completed in 1984 after 96 flights, having successfully demonstrated concepts which were subsequently incorporated into the Typhoon and Boeing 777 FBW flight control computers produced by the company. 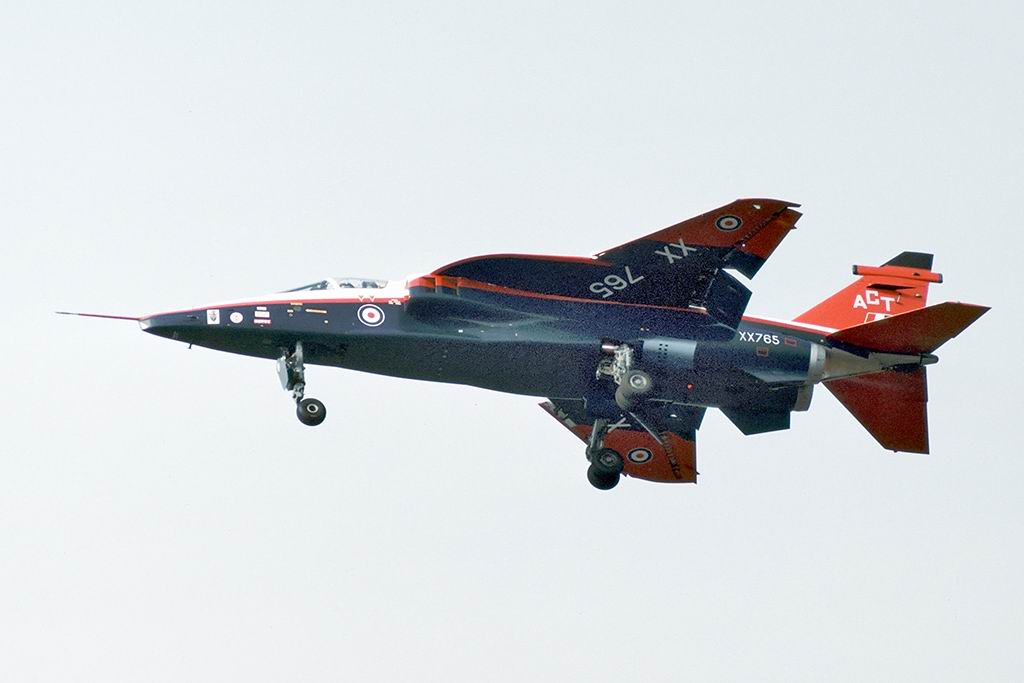