The Nimrod is a maritime patrol aircraft developed in the United Kingdom. It is an extensive modification of the de Havilland Comet, the world's first jet airliner. It was originally designed by de Havilland's successor, Hawker Siddeley, now part of BAE Systems. A major modification was the fit of a large weapon bay under the fuselage that can carry and drop torpedoes, mines, bombs and other stores. Sonobuoys for tracking submarines are dropped from special launchers in the rear of the fuselage. It has been the Royal Air Force's primary Maritime Patrol Aircraft (MPA) since the early 1970s, when it replaced the piston-engined Avro Shackleton. The RAF uses two Nimrod variants: the MR2 variant in the Maritime and Reconnaissance role; the R1 variant in a reconnaissance and electronic intelligence gathering capacity (ELINT). After a first flight in May 1967 the RAF ordered 46 Nimrod MR1s. The first example entered service in October 1969. Five squadrons were eventually equipped with the MR1. Three Nimrod aircraft were originally adapted to the SIGINT role and were designated R1. Starting in 1975, 32 aircraft were upgraded to MR2 standard, including modernisation of the electronic suite and provision for in-flight refuelling and additional ESM pods on the wingtips. The Nimrod MR2 carries out three main roles. Anti-Submarine Warfare (ASW), Anti-Surface Unit Warfare (ASUW) and Search and Rescue (SAR). In 1992 the RAF started a Replacement Maritime Patrol Aircraft (RMPA) procurement programme to replace the Nimrod MR2 aircraft. In December 1996 awarded the contract to BAe for the Nimrod MRA4. 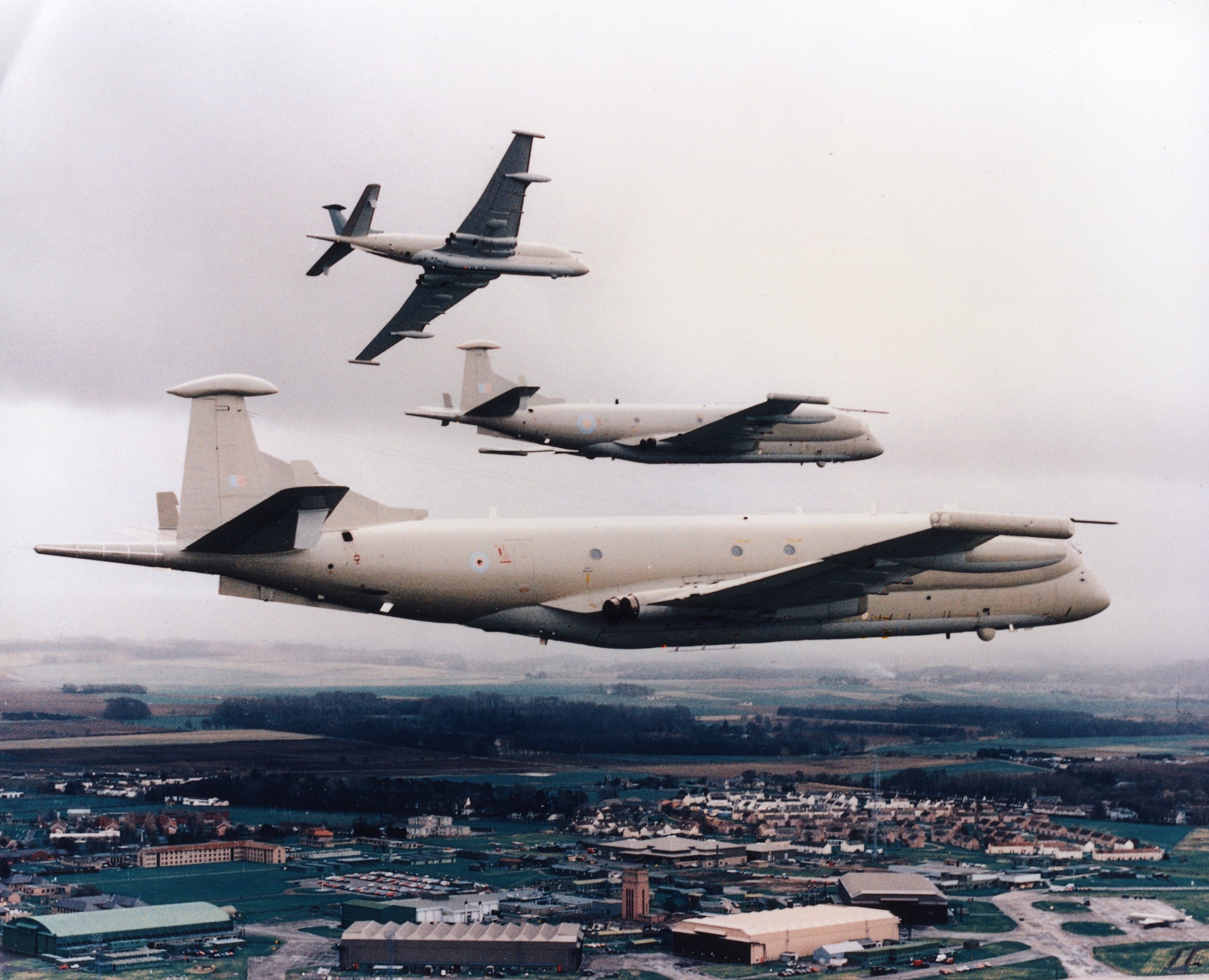