The English Electric Lightning was a British supersonic fighter aircraft of the Cold War era, remembered for its great speed and natural metal exterior. It is the only all-British Mach 2 fighter aircraft. Renowned for its capabilities as an interceptor, RAF pilots described it as "being saddled to a skyrocket". English Electric was later incorporated into the British Aircraft Corporation, later marks being developed and produced as the BAC Lightning. The Lightning was used throughout much of its service life by the Royal Air Force and the Royal Saudi Air Force. The aircraft was a regular performer at airshows and was the first aircraft capable of supercruise. It was also one of the highest performance planes ever used in formation aerobatics. The Lightning?s speed and climb performance were excellent not just by 1950s or 1960s standards but even compared with modern operational fighters. The first operational aircraft, a pre-production P.1B, arrived at RAF Coltishall in Norfolk in December 1959. From 1960 the production mark F1 served initially with 74 Squadron. An improved variant the F2 first flew in July 1961 and entered service with 19 Squadron at the end of 1962. The F3 was first flown in June 1962 and the longer-range F6 in June 1965. Lightnings were slowly phased out of service between 1974 and 1988. 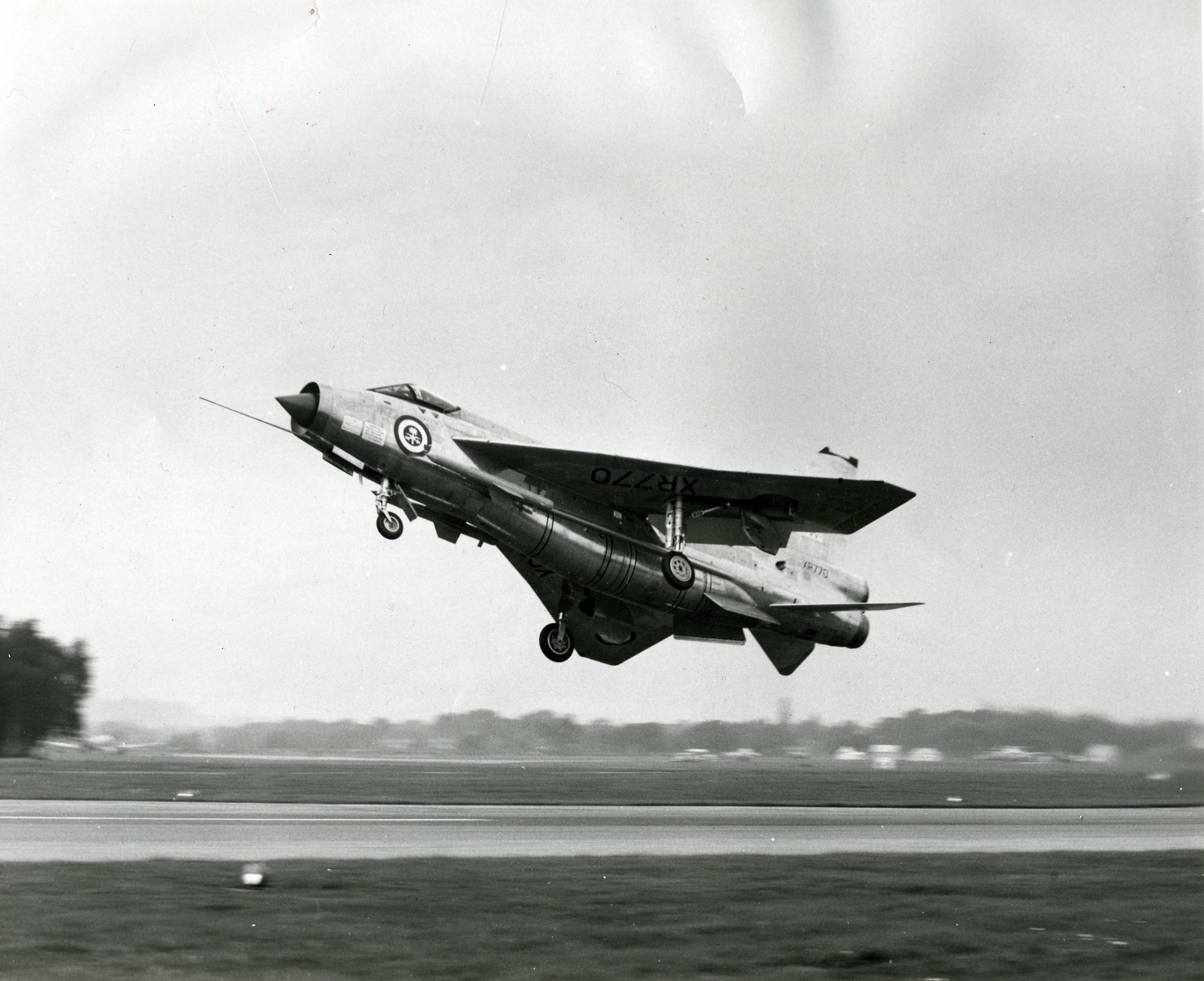